We all know and love the players in our favorite bands, but are you familiar with their “Supergroups” and or “Side Projects”? Let’s check out a few and maybe you’ll hear something new to love. 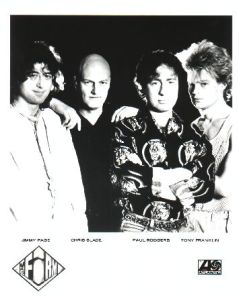 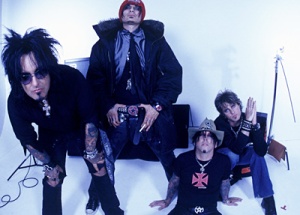 Nikki Sixx formed Brides of Destruction with L.A. Guns guitarist Tracii Guns, initially with the name Cockstar, after Mötley Crüe went on hiatus in 2001. Added to the lineup were Adema drummer Kris Kohls, L.A. Guns bassist Adam Hamilton, who played keyboard in the band, and singer London LeGrand. Hamilton was soon replaced by former Mötley Crüe singer and guitarist John Corabi while Guns left L.A. Guns to focus on the band. They briefly adopted the moniker Motordog before settling on Brides of Destruction[ before recording demos. By 2003, both Corabi and Kohls departed the band, with former Annetenna and Ednaswap Scot Coogan replacing Kohls. Personally Brides of Destruction released two records : “Here Come The Brides” , and “Runaway Brides”. I personally like the first release “Here Come The Brides” better than the second. This band came on strong and burned out fast but is still a great listen.

“Shut The Fuck Up” 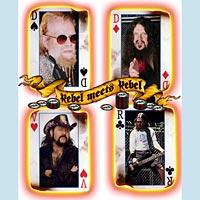 Rebel Meets Rebel is a country metal album by David Allan Coe and Pantera members Dimebag Darrell, Rex Brown, and Vinnie Paul. The music was written and recorded by the band when the musicians had time aside from their other projects, including Pantera’s world tour supporting Reinventing the Steel.
The album was released on May 2, 2006, under Vinnie Paul’s own label Big Vin Records, posthumously after Dimebag Darrell’s murder in 2004.

I picked this album the day it came out unsure of what to expect. I have to admit, it was different and it grew on me. I can appreciate this kind of collaboration. I hope  that this is the first time some of you have heard this and you can grow to appreciate it as well.

“Get Outta My Life”:

Them Crooked Vultures is a rock supergroup formed in Los Angeles in 2009 by John Paul Jones (former member of Led Zeppelin), Dave Grohl (of Foo Fighters and formerly of Nirvana), and Josh Homme (of Queens of the Stone Age). The group also includes guitarist Alain Johannes during live performances. I had heard rumors of this project and was excited for it to come out. I t was what I expected and then some. Not a lot of people have caught the buzz of this band so I’m putting it in your ears. 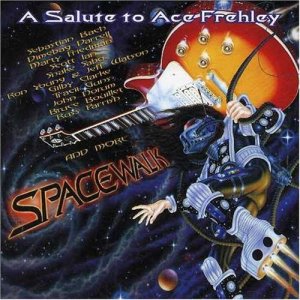 One of my favorite side project/tribute albums ever! I highly recommend you seek one of these out for yourself. A fitting tribute to ACE FREHLEY if ever I heard one.

There are some special players on this record, see if you can pick ’em out!!!