In my continuing quest to bring you bands that corporate radio ignores here’s ten more:

I was fortunate to see this band at the Whisky-a-go-go in Hollywood this June. They put on a great set and I see great things in the future for this band. They are based out of Phoenix Arizona. 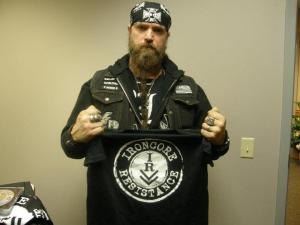 Ironcore Resistance is a Kentucky based band ready to put their brand of hardcore metal in your face. These will will kick your ass and make you like it. Hell even Father Zakk likes ’em, say no more!

FURYON is a new band from the UK who like nothing more than to challenge expectations. Raised on a diet of heavy metal, prog, and classic rock, FURYON mix all these components for a truly unique and contemporary sound. I stumbled upon this band and have been enthralled ever since.

I got to meet Erik from Gypsyhawk when he was filling in for mutual friends Scattered Hamlet. He is a great guy and Gypsyhawk is a great band. These guys are a straight up Rocking band and not afraid to tell it to you. Hell yes to bringing back the big sound. Catch these guys if they come ANYWHERE near you!

This world class guitarist is also a friend of mine. Ostrander can hold his own with the best of the best. His shredding and playing style a stellar. His greatness in playing is the complete opposite to his mild mannered quiet demeanor. Do yourself a favor and check out this axeman extraordinaire!

Again thank you internet, one of my internet friends turned me on to this band. REVERENCE features members from: Tokyo Blade and Savatage, Crimson Glory, Jack Starr’s Burning Starr. Power metal to the extreme these veteran performers have come to show the world how it’s done.

Mushroomhead drummer Steve “Skinny” Felton and vocalist Waylon Reavis have teamed with Chimaira bassist Jim LaMarca and Tommy Church to form the band Tenafly Viper. The band has recorded fifteen tracks which have been submitted to Megaforce Records.  My friends in Scattered Hamlet pointed this band out to me. Love the vibe and sound and I think you will too!

SPEED X is the new band featuring ex-Queensryche guitarist Mike Stone on guitar, Black Label Society guitarist Nick Catanese, Doubledrive drummer Mike Froedge and former Doubledrive bassist Joshua Sattler, and the latest addition Jason Fowler on vocals. As a BLS fan I was glad to see this side project from Zakk’s “Evil Twin” . I can listen to this over and over. I think you should too. 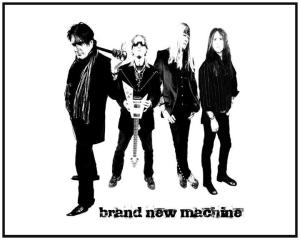 I interviewed these guys on our radio showBleach Bangs Radio. Fun guys with a Rock N’ Roll mission. Good old school hard rock here and you WILL like it another GREAT band on the rise and you heard them right here on the Hellion’s Blog! Definitely check these guys out when they hit your town!

Another side project band from BLS bassist John J.D. DeServio. Together with Joe Taylor (Lead Guitar), Gregg Locascio (Vox, Guitar),Bob Pantella (Drums), and Troy Cromwell (Keys) This band has elements of  Rock, Metal, and Funk. Great to see J.D. step up and put out a great side project CD as this.

There you have it! Ten more for your ears, I’ll keep ’em coming!!