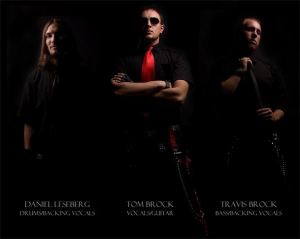 I have seen this band through several changes and plenty of growth. They have been through the mill with changing members and the associated drama that comes with it. They are a three piece band now and yet they seem stronger, faster, and louder. This is a band on the move and I expect great things from them, they play “EPIC METAL” (a nod to the guys).  Here is a link to one of my favorite tracks:

“Anatomy Of A Nightmare” 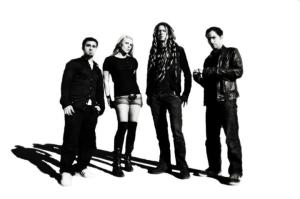 My Bleach Bangs Radio co-host and good friend Charlie Owens turned me on to this band. I got the chance to interview them on our radio show and found them to be a fun band to talk with. I was lucky enough to catch them at a live show and they were very personable and interesting to hang out with. Their live performance was top-notch as well. Bringing a show rather than just stand on stage and play. Krash Karma is a band to appreciate. Here’s a track:

This Canadian band is bringing metal music that emphasizes melody mixed with a powerful delivery. When you talk with these guys you better be on your game because if you are not you’re gonna get run over with their enthusiasm. Oh yeah, you like LOUD? Killinger is your band! Check ’em out:

I don’t know what is going on in Australia but I like it! Here is another band that hails from “Down Under” bringing some goodness to our ears here in the USA. Catchy hooks, solid playing, good vocals, these guys figured out the formula for success. Make sure you look into this band. Check out this video:

During our last Bleach Bangs Radio show we had a caller tell us to check out Devil By Design. I am always looking for new bands to listen to and talk about so I promptly checked them out and it was good. Good image, good sound, good song structure, total package. It was cool  as heel to see a talk box being used by a young band. Devil By design in on my radar and should on yours as well. Check out this slick video:

I first heard of TLV in 2009 when they beat out 8,000 other bands and won a record contract deal. They bring elements of glam rock, heavy metal, and punk rock mixed in with their own special swagger. Pulling influences from such greats as Aerosmith, Guns N’ Roses, Mötley Crüe, Cheap Trick, and Skid Row these guys are on the rise! Here’s their latest: 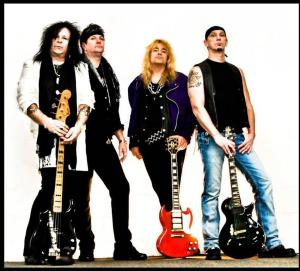 Looking for some anthemic rock? Check out Ball N Chain. A great bunch of guys who really care about the fans nd try to bring them what they ask for. Their music takes you back to feeling good, let’s party times. Songs that are easy to get into and sing along with the band and they make you smile. Check out the cars in this video!:

SNEW are the illegitimate stepchildren of Alice Cooper and the Ramones, home schooled by Motorhead. Yup I can buy that, I first heard of these guys when someone sent me a link to their page and said I just HAD to check them out. They were right, kicked my ass upon listening. I hope I can catch them live soon. Check out what’Snew:

THE PROPHETS OF ADDICTION

Feeling sleazy? Long for the days of  theRamones, Hanoi Rocks, Dogs D’ Amour, NY Dolls, GNR, GBH, Stooges, Deadboys? Here ya go, The Lost Prophets are carrying on the tradition of those and many other bands of that style. They are new to me but I am diggin’ on them and thought you might like to check them out as well. :

I have liked Bobaflex for quite a while now. Lucky me they are gonna playing near me really soon. This is another band that should be getting radio play but for some reason doesn’t. Bobaflex was established in 1998 by the McCoys. The brothers are no strangers to the press, having ancestral ties to the most infamous family feud in American history, between the Hatfields and the McCoys which almost caused a war between the states of West Virginia and Kentucky in the 1880s. Yup check ’em out!

“Bury Me With My Guns On”

There you go, round three of bands I think you should be checking out. Like them or not, I feel that they should be getting some attention and radio play.