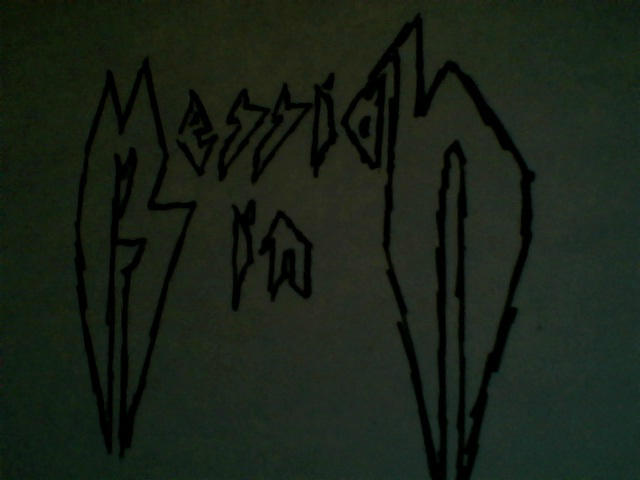 One of the problems in the music industry today is there really are no outlets left for a newly formed band to have a voice. That is one of the things that I want to help with here and in our related video show Rock U-Night (http://rockunight.com/).
I heard of Messiah Sin, a band still in its formative stages and decided to interview them and give them a taste. Hopefully they will be helped by others who have been there before as they journey down the path of being a Rock N’ Roll band. Let’s go and meet Messiah Sin.
Tell us about  some of your earliest musical favorites and how and why you ended up choosing Hard Rock/Metal.
MS: For me (A.j.) it had to be when I heard Green Day for the first time on the radio when I was at the tender age of 11 They stayed my favorite band for around 2 years, then I found Metal, specifically the Master of Puppets album by Metallica, heard Battery, ripped me a new ear hole, loved every second of the blistering speed and harsh vocals. After trying to be such a punk like I viewed the Green Day clan, I thought to myself, this metal thing could really be me. And ive been a die-hard metal fan ever since. Now Mr. Dirzuweit, he was fed Metallica and Rob Zombie for breakfast by his tattooed and jail-bird father. He knew how to be hardcore before he even knew how to walk right or potty trained (he’s still not potty trained haha!) and I believe metal and music came a bit weirder for ole Chandy, he picked up music like your everyday average high school goer did, by the marching band, he plays the set of snares for his school band and I suppose he just transferred that know how to his ravaging and devastating pig skin pile he’s got now.
You fell in love with the harder side of Rock, now which artists lit your soul on fire and influenced you further?
MS: Our major influences are rather cliché yet make us unique because of our influences different sounds. My major guitar influences are most definitely Kill em All era Kirk Hammett, then the modernized sound of Alexi Laiho from Children of Bodom to the faster Kerry King and back down country lovin’ bluesy metal of Mr. Wylde himself. Jonathan D. gets his inspiration from different eras of different artists. When I ask him to sing a little Barbie Girl for me, however, he tells me to fuck off. haha. Though he does tend to stick around sounding like (but not limited to) …And Justice For All era James Hetfield, and then the darker side of Ozzy sometimes, like can be heard in the song Junkie. Then we have ole Mr. Hogan, drumming it up by the likes of Mr. Vinnie Paul taking a tea break with Lars Ulrich being served by Jon Bonham, he has such a groovy yet thick and primal tense way about his drumming art, its hard to pin point what he’s taking his advice from today. haha.
How did you end up choosing the instruments you play?
MS:  I chose the guitar because no, I didn’t want easy chicks, no I didn’t want the fame and fortune, I wanted to be able to reach out to people and make their day better by simply doing what I love doing you know? Because when I was a smaller child and I was being taunted, Metallica never called me names, when I was having a bad day, Black Label Society always knew just what to say, and when I was lonely, Randy Rhoades had his touching solo to Mama I’m Coming Home to make me feel like he was there. And I wanted that for other people. For Jonathan, I was always his sort of body-guard. He’s older than me but when he was getting picked on, I stepped in to help get those dick shovers away and keep my buddy safe, he picked up the guitar because I think he felt the way I did you know? And as for the singing, well, that just came naturally, though we didn’t find out it came naturally untill we got drunk one night, then it just kinda stuck. We call him Mr. Pipes. haha. And as for the skinsman, ole C-daddy P he was pretty much required to be a nerd and join the school band, got rebellious, started listening to metal, and transferred the knowledge haha. It’s not like a drummer is going to change the world eh? haha He is the driving force of the band though. He creates the oddest stuff for my riffs that you would never think would fit in a million years and it does perfectly, he definitely separates us from a lot of people I think.
For fun I often discuss with others “dream band” lineups. What would one of yours be?
MS:  Our collective dream band line up stands as follows:

Very cool lineup, haven’t heard that one before. What classic bands are you still listening to?

MS: Well classic bands have always been a huge part of my road rage! Haha! But the ones I have been playing the most are Black Sabbath, Nirvana, Led Zeppelin, AC/DC and of course Motorhead! Jonny Boy has been cranking up the Crue lately, Motley Crue that is, along side Alice Cooper and a little bit of Dio! Chandleroni has been throwing down some old school Metallica beats lately and Guns n Roses are his main pick!
It still freaks me out to see bands like Metallica and Guns N’ Roses to be thought of as classic bands. How about newer music that been in your ears?
MS: .Me myself and I have been getting heavily into Children Of Bodom, Machine Head, Otep, Airbourne and that kick-ass new thrash band Dr. Livingdead! Tightydirzuweities has been getting into Volbeat (because i showed them to him!) Mastodon (same!) and Dethklok Chandler “Hulk” Hogan definitely went heavier with the newer bands cranking Messhugah, Five Finger Death Punch, Divine Heresy and Justin Bieber! (he’ll kill me for that one) haha
Have you lit the stage on fire yet? Or is gigging still to come?
MS: No! Sadly, we have had plenty of people come down to the practices and jam out with us but no gigs as of yet! Mainly because we are minus a bassist and also because I come from the middle of bum-fuck nowhere where all you have are the rednecks and their four-wheelers and the preps with their books (what are those people going to do when they have to leave high school by the way? Rednecks will probably keep on doing what they do, and the preps will burst into flames when they realize the world isn’t made of cookies and books) … yeah… but no.
The music scene has changed so much around me during my life. What is your take as a new band?
MS:  The music “scene” as a thought of the collective band is not where we want it to be, I mean it’s not a drought or anything, you don’t see Ozzy with empty floors and nosebleeds, but the appreciation is gone i think. You know back in the day when people were going to bars and pubs to see Metallica, they must have really thought “wow! That takes talent! Look at his fingers fly! How is he hitting the bass drum so fast! Do you hear how he wails the vocals! Bass! Lights! MUSIC!!!!” You just don’t see that nowadays. It’s all about who can play fastest or come up with the most satanic lyrics, or for the other side of the spectrum, who can say bitch the most times or who can hit that button on the drum machine in the fanciest way. Theres just such a shortage of people who will take the time to sit down and listen to what the band is doing, appreciate the work and meaning of their instruments singularly and as a whole. They all want it now, now, NOW!  They don’t want the adventure to getting to a good part in a song like in “It Gets Me Through” by Ozzy, that piano riff is good, but it gets repetitive, I’ll admit, but I appreciate the work that went into it and I love the ride it gives me before Zakk cranks out that amazing riff.
Everyone has some music in their collections that is a “guilty pleasure” for them and yet would surprise others. Fess up about yours.
MS:  Haha that’s a fun one. Me I love classical music so you’ll find plenty of Luciano Pavarotti, Beethoven, Mozart and Bach. Also I love the Rat Pack, so there’s tons of Mr. Sinatra on there as well. Jonny the Honey finds an awkward enjoyment from that new electronic doohickey they like to call dubstep or whatever. Personally I think thats silly. As for Bambi Chandi you’ll find loads of gay porn sounds and Justin Bieber brushing his teeth. Haha. (He likes Frank Sinatra as well) ha-ha
Where did the name Messiah Sin come from?
MS: Well all we can think to say here is Messiah Sin is NOT a satanic metaphor. Most people like to try to make it into that, nope, It’s a metaphor for following that little voice inside your head saying maybe you should push past that comfort zone and do something that might be considered wrong. Do it because you never know how much time you have left to do crazy things. Its better to be 90 and on your death-bed saying “wow, I can’t believe I did that!” rather than “Man, I wish I did that”. Messiah Sin stands for temptation in all its glory. Hence FYMS, FOLLOW YOUR MESSIAH SIN!!!!!!!
From the whole band! Thank you Mr. Hellion! It means everything! Much Love and Respect 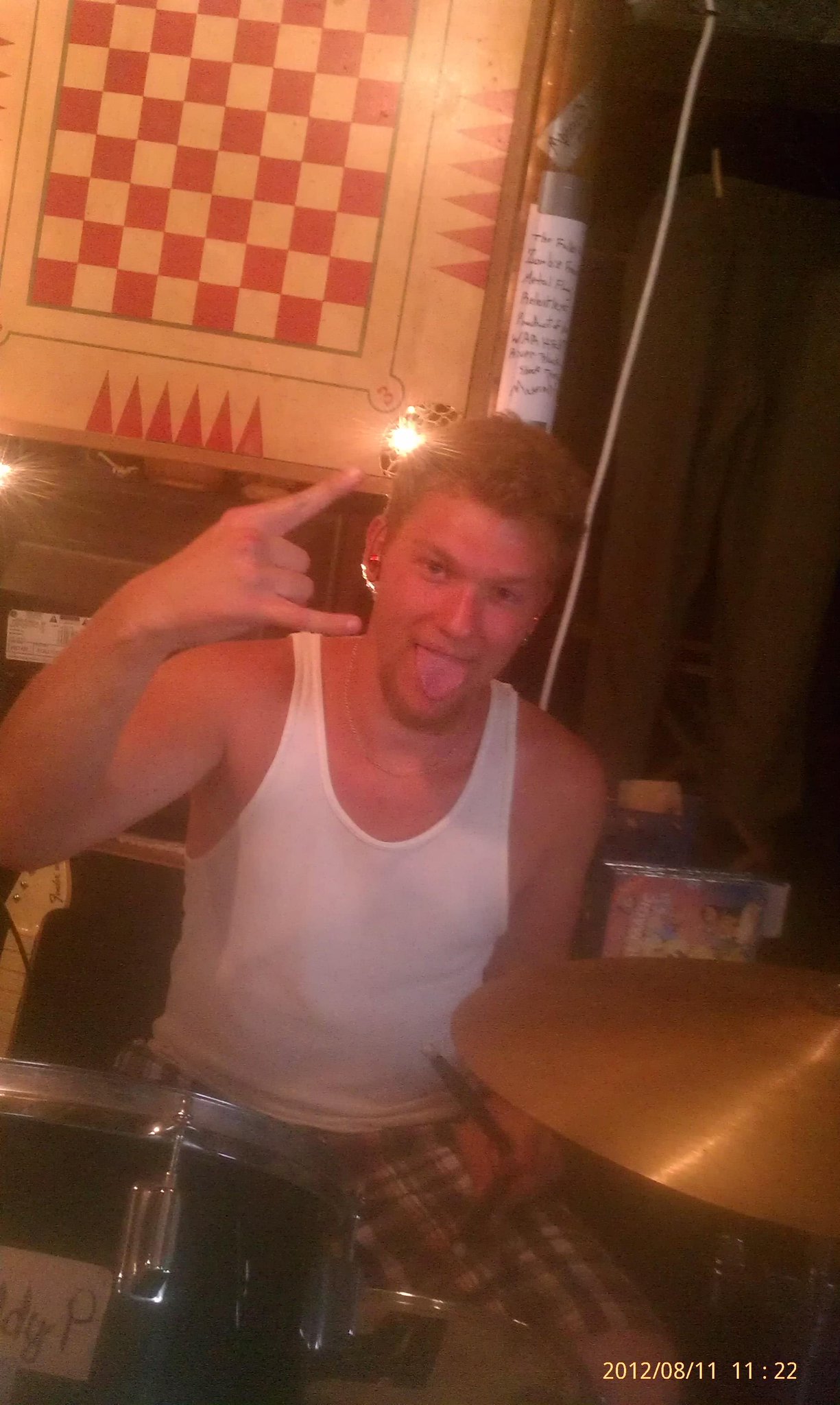 There you have it. I’m gonna keep my eyes and ears on this band. Hopefully they weather through the trials and tribulations and succeed.
the Hellion

One thought on “ARE YOU READY FOR MESSIAH SIN?”