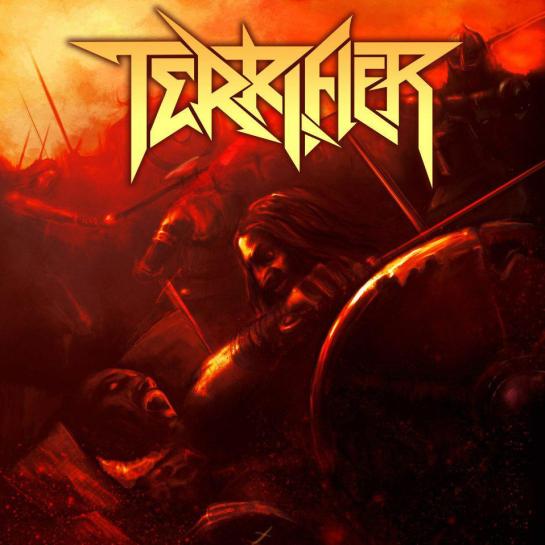 TERRIFIER is a thrash metal onslaught hailing from Vancouver, BC, Canada by way of Kelowna BC. Formed by bassist/vocalist Chase Thibodeau and guitarist Ren Wilkinson, they formed a foundation after a few personnel changes with guitarist Brent Gallant (Alone Against Rome) and drummer Jerome Brewer. After first being known as Skull Hammer since the band’s inception, they completed a self-released album,”Destroyers of the Faith” which was released in 2011. Incorporating blistering twin guitar assault, punishing bass lines, powerhouse-like drumming, face melting leads and hard-hitting vocals, TERRIFIER fuses brutality and classic thrash which creates their own unique style yet pay homage to all the greats. Fast forward to 2012 and the Vancouver-based thrashers recruited new drummer Kyle Sheppard, (Ex-Datura, Alone Against Rome, Kymatica) replacing original member Jerome Brewer who recorded “Destroyers of the Faith.”

TERRIFIER have performed with Anvil, Into Eternity and Dismember to name a few and are set to hit the studio to record their upcoming EP Weapons of Thrash Destruction. Be Prepared! 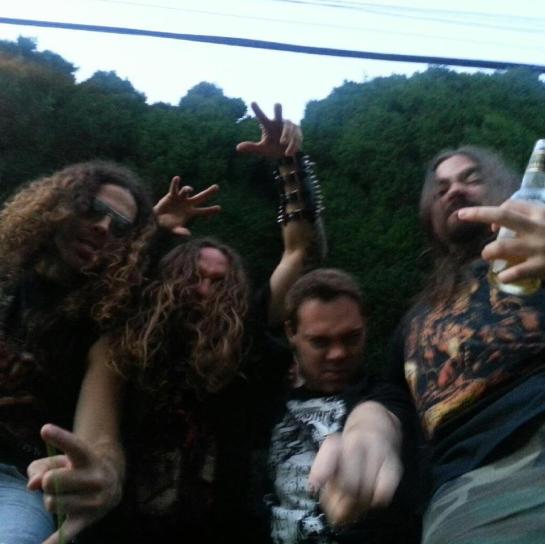 (Band name has since been changed from Skull Hammer to TERRIFIER!)
These guys deliver!
the Hellion