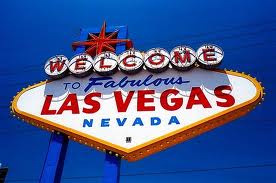 Well, I’m back! Took some time off from the site to go to Vegas and celebrate Mrs. Hellion’s birthday and our 25th wedding anniversary.

After a relatively easy bit of Sunday traveling we arrived at the Monte Carlo, checked in and started out our Vegas excursion by hitting up Sammy Hagar’s Cabo Wabo Cantina for an early dinner. I had some extremely good pork carnitas with a nice heffeweisen beer, while Mrs. Hellion (a steak fajita connoisseur) had steak fajitas (which she said were some of the best she has ever had) yummy dinner indeed! 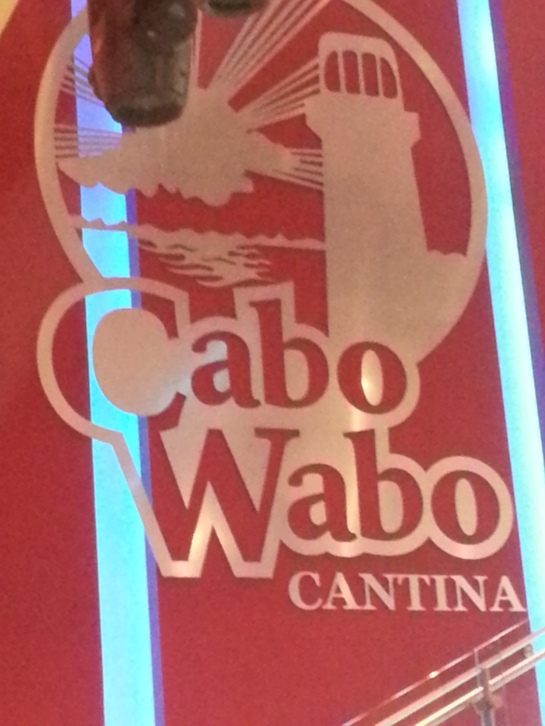 We were then off to The Mirage to see The Beatles LOVE Cirque Du Soleil show.

WOW!!! This was an amazing show! I was completely impressed with the way they put this show together. The energy of the performers combined with the state of the art scenery, and the INCREDIBLE music of The Beatles lent to an amazing evening. Everywhere you looked there was something going on, dancing, trapeze, lights, and music. The highlight of the show for me was when several actors were on a poster bed and a silken cloth came from beneath the bed and grew and grew until it enveloped the lower level audience and it appeared that the bed was floating on it. Then, like magic, it was sucked back underneath the bed in an instant. This is a show that is a MUST see.

We hopped a cab back to the Monte Carlo and rested up for another assault of Vegas. We spent the next day roaming about seeing the sights and enjoying the company of each other. We did a little bit of gambling (no luck) and just had a great time. 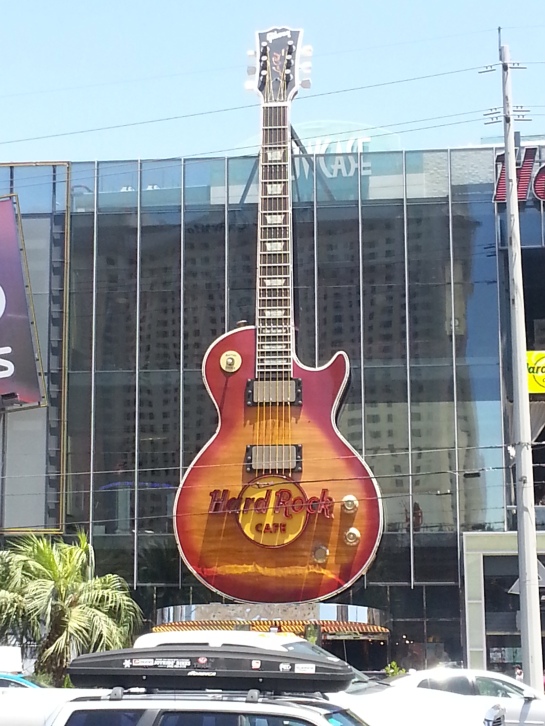 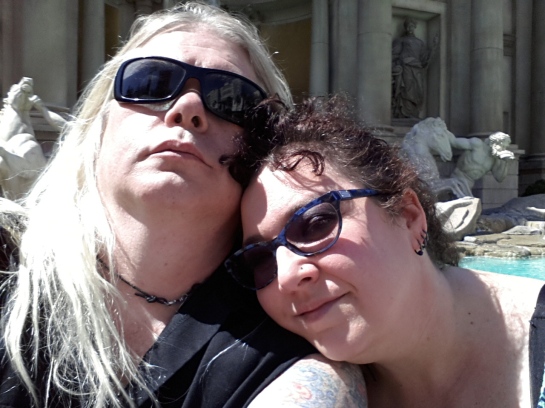 After a wonderful day went back to the Monte Carlo to clean up and get ready to head to the Las Vegas Hotel for Raiding The Rock Vault! Thanks to my lovely wife she scored us VIP to the show!!! 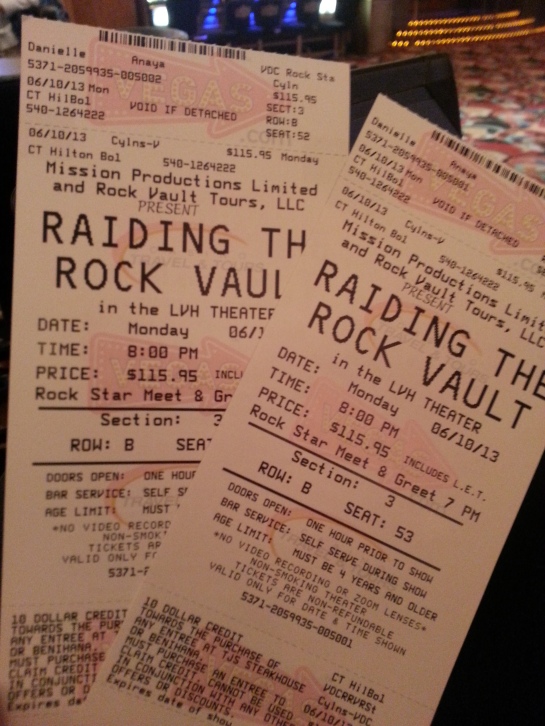 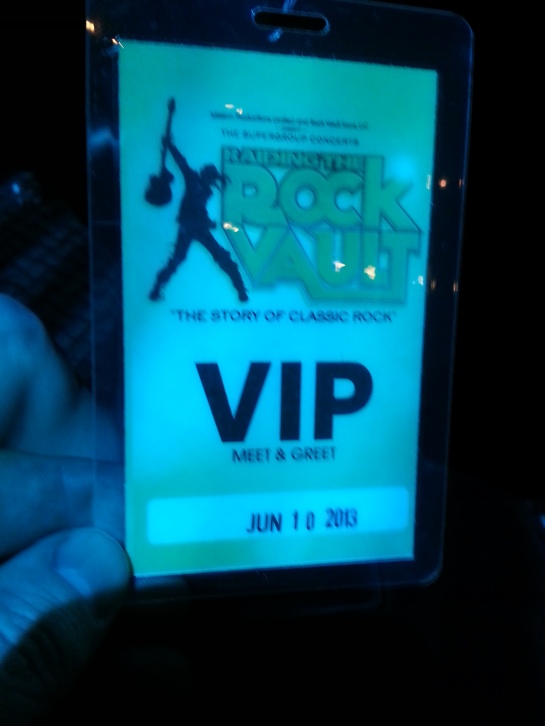 We had a quick dinner at Tatuado Vince Neil Cantina where we saw vocalist Paul Shortino having dinner with his family (Paul and I shared a wave and a nod). 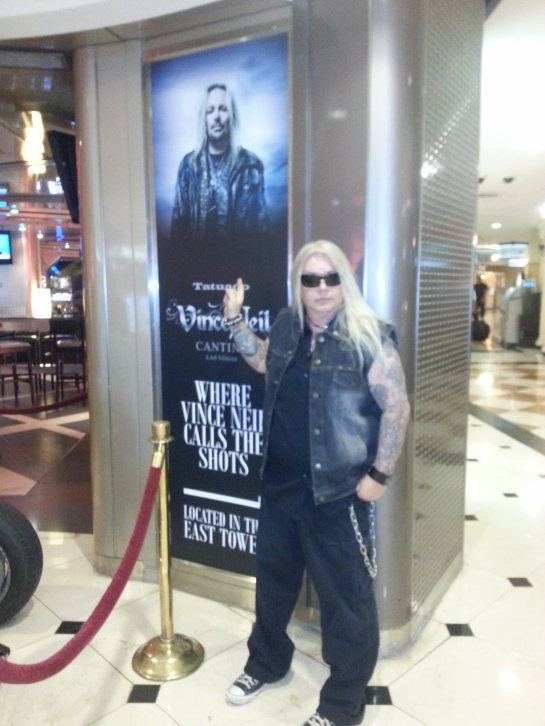 RAIDING THE ROCK VAULT!!! We got early admittance to the venue and were ushered into the green room to meet the guys from the show. Tracii Guns, John Payne, Paul Shortino, Andrew Freeman, Robin Mc Auley, Jay Schellen, Michael T. Ross, and Jason Boyleston came in and were very gracious and friendly to us and the other four people that were there. My wife (Dani) and Tracii had a fun discussion: my wife: Hi, I’m Dani.” Tracii: “Ha ha you have a boys name” pause “Ha ha I have a girls name.” Paul Shortino gave me a hug and we took some photos. We chatted for a few then it was off to our seats. 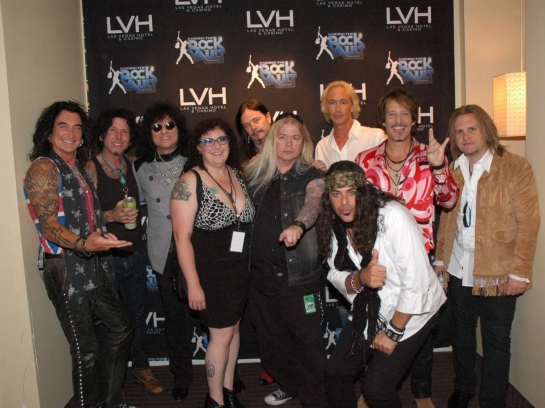 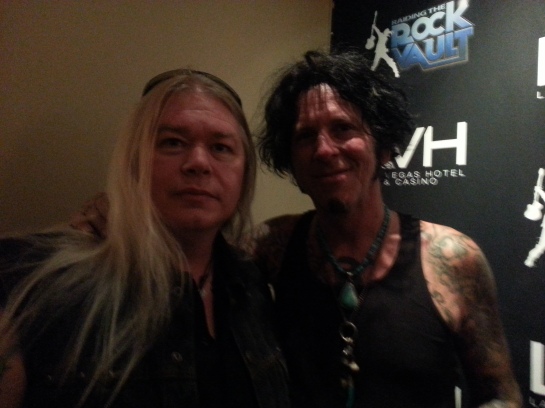 Our seats were KILLER! Second row right in front of Tracii Guns. There was a pretty cool story line to the show. It was based around it being the future and scientists finding a time capsule from earths past. Upon opening it the rock n’ roll poured out to the delight of the audience.

The show took us on a Rock journey from the 60’2 to the 80’s. These world class musicians played the familiar songs to perfection. They had funplaying off of each other. Paul Shortino, John Payne, Robin Mc Auley, and Andrew Freeman all shared lead vocal duties as well as guitars and bass (Andrew and John). Tracii Guns and Jason Boyleston traded smoking guitar licks back and forth through the entire show. Jay Schellen provided perfect timing behind the drums. Michael T. Ross added the right touch of keyboards to the mix. 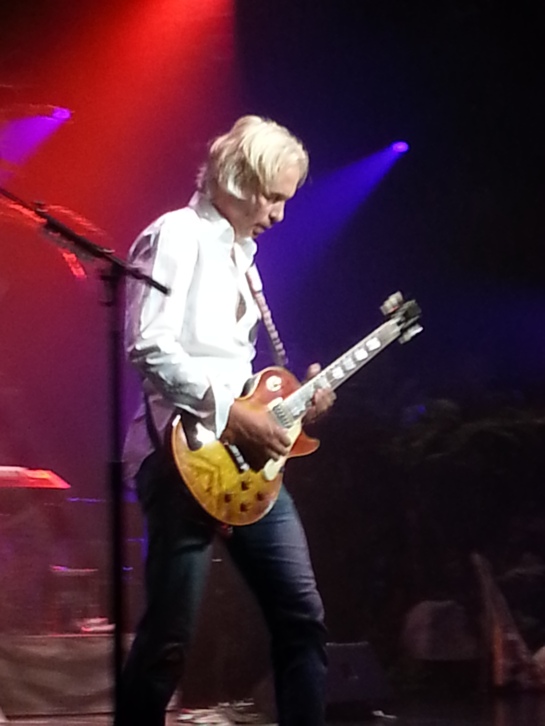 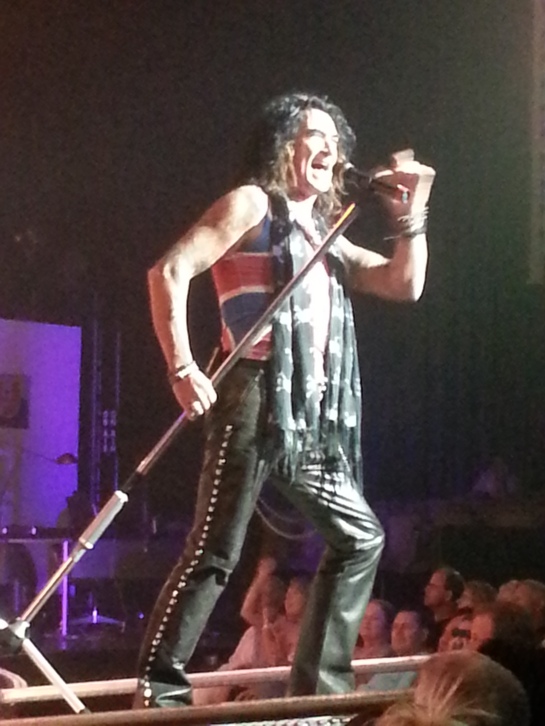 This show exceeded all of my expectations and then some. Classic, iconic songs performed oustandingly!  HIGHLY RECOMMENDED!!!

The rest of the time in Vegas is ours and we had fun!