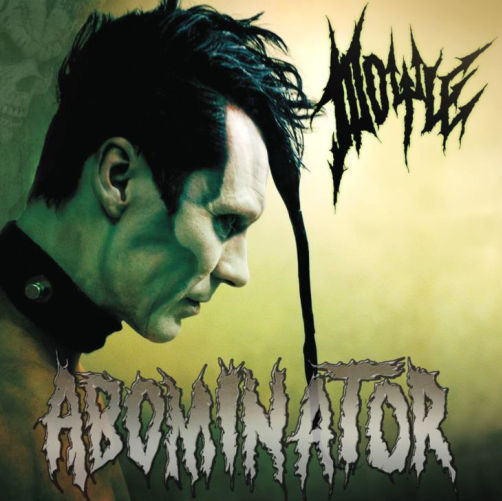 Punk Rock superhero and former Misfits guitarist DOYLE Wolfgang Von Frankenstein releases his brand new album Abominator today with his own label, Monsterman Records (in partnership with Brain Muscle Media), via INgrooves, the leading global independent music distributor. The album is available digitally at all major digital retailers, and will be available in CD and vinyl form in October 2013.

Abominator, which has been called by critics, “perhaps the best Misfits-related record in over a decade”, features Alex Story (Cancerslug) on vocals, “Left-Hand” Graham on bass and Dr. Chud (Misfits) on drums. DOYLE‘s nuclear guitar riffs are mixed to melt speakers, while Alex Story’s screaming vocals add to the sonic attack that is Abominator.

DOYLE released the main single from the new album, ‘Valley Of Shadows’, becamed available on iTunes worldwide on June 25. All of the tracks on Abominatorare rife with horror imagery, while telling the tale of a sick and twisted love story. The songs tell stories of murder, disembowelment and necrophilia and DOYLEcontinues to take the horror metal genre to new levels with his combination of epic guitar playing and memorable melodies.

DOYLE is currently on the road with Danzig revisiting the magic of their legendary early collaborations, this time taking the mayhem to European shores, with the DANZIG 25 tour. On each date, DOYLE hits the stage with Danzig to run through a set of Misfits classics, paying homage to their legacy as, arguably, the most influential horror-punk band of all time.