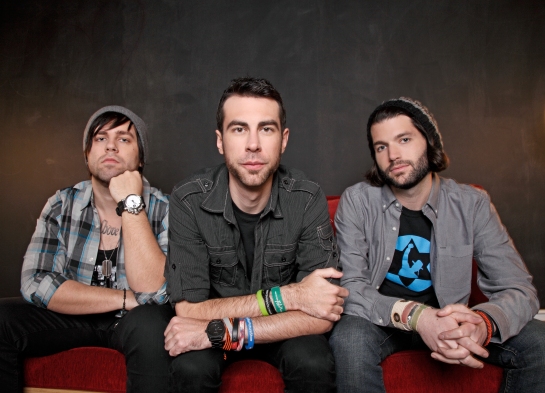 “There is no Chuck here.  No, he’s not the lead singer.  No he’s not the inspiration for the music.  He was the high school janitor… the janitor who droned on and on about his lifelong dream involving a ’Picture Show”.  They never knew what the hell he was talking about. After all, they were just teenagers who wanted to get through high school and move on.  But fast-forward 4 years later…those three friends had a dream of their own.  A dynamic 3-piece rock act with a growing fan base, and no name… The Chuck Shaffer Picture Show was the logical choice.  Affectionately dubbed CSPS, the band’s members Ryan Johnson (Vocals/Guitar), David Stiefel (Bass), and Patrick Kenney (Drums) began winning over fans, up and down the East Coast with their energetic live show, filled with radio ready rock.”  – CSPS press site.

I have been hearing a buzz about this band for a bit. Fresh new rock with catchy hooks, clean vocals, and a head bobbing beat. I find it very cool that they are getting the chance to hit the road and spread their music on the 2013 Rock Star Energy Drink Uproar Tour. We are trying to score an on camera interview with them on the tour. Check out the lyric video for “Nobody Remembers Fame: