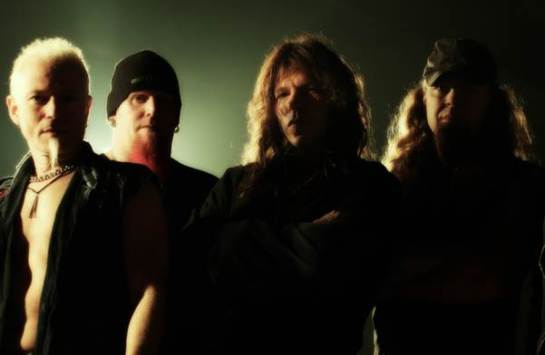 Hailing from New York, VOICES OF EXTREME is a powerful hard rock ensemble that will appeal to fans of dynamic, harmonic metal and melodic rock. All of the members have extensive experience in the industry and are now supporting their new album Break The Silence, the follow up to their debut album Hypocrite. Break The Silence is hitting stores on November 1, 2013 via Smash-Mouth Records and features some of the band’s best songs to date.

“Break The Silence, states vocalist Don Chaffin, “is a culmination of the band’s collective influences and various individual styles, and is a direct outreach to the fans who have come to love and support our music and live performances!”

VOX was created by childhood friends Don Chaffin and Bob Brennan. The two started working on the recordings for their second release in late 2009 when Bob Brennan and Nick Gertsson returned to New York and reunited with Don Chaffin.

VOX debuted in 2005 with the amazing Hypocrite, a record that was produced by Danny Spitz (Anthrax) in 2005. Their debut CD immediately found favor with critics and listeners alike, propelling them to the forefront of metal’s hierarchy. Experts at their craft, VOX has earned song writing credits on Van Halen’s DVD entitled “The Early Years,” as well as endorsements with ESP, Daddario Strings, Planetwaves Cables, Paiste Cymbals. Over the past seven years, VOX. has shared the stage with Godsmack, Disturbed, Alice in Chains ,Powerman 5000, Buckcherry, 10 Years, Dope, Dropkick Murphys and many more, proving their determination as a premier live act on the Eastern Seaboard. Recently, the band’s lead singer, Don Chaffin toured with Dan Spitz in their high profile band Red Lamb (co-produced by Dave Mustaine of Megadeth and Dan Spitz) which embarked on a United States tour that consisted of 25 dates  in 2013.

Learn more about who VOX is…

For more information on VOICES OF EXTREME, please visit www.voicesofextreme.com or www.vox-rocks.com. You can check out some of the band’s music videos at http://youtu.be/v3EoiaX52TY and http://youtu.be/eU7XyCHVw44 /.