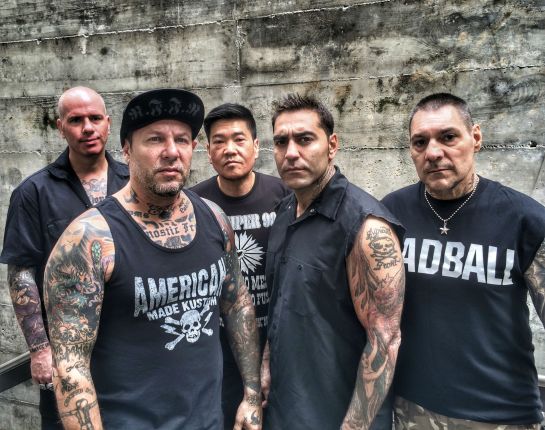 New York hardcore pioneers AGNOSTIC FRONT have posted the first video in the webisode series the band filmed documenting the production process and the background for the new album The American Dream Died. Check out the first webisode HERE.

AGNOSTIC FRONT has announced that as a special bonus in each vinyl edition of the album, every copy will also contain a download code for the album Your Time’s Up by THE ALLIGATORS, a rowdy punk project featuring AGNOSTIC FRONT singer Roger Miret and members of legendary Anaheim, CA hardcore band INSTED.

The American Dream Died was produced by MADBALL singer Freddy Cricien and engineered, mixed and mastered by Paul Miner (H2O, TERROR) and will be released April 7, 2015 via Nuclear Blast Records.

The record will feature guest appearances by Cricien, Toby Morse (H2O) and Lou Koller (SICK OF IT ALL).  The band also announced the collaboration of legendary AGNOSTIC FRONT/MADBALL guitarist Matt Henderson on the song “A Wise Man.”

Commented Miret: “Matt Henderson tracked all guitars for ‘A Wise Man’ being that song has a total One Voice era feel! Our good friend Ricky Singh (BACKTRACK NYHC) is to credit for the songs existence! The band executed it with such a great feel and bringing in our brother and ex-AF veteran Matt Henderson to solely do the guitar tracks was just magical!”

The American Dream Diedwill be available as digital download, on vinyl as well as on CD. A limited bundle with an exclusive T-Shirt will be available, too – surf to http://smarturl.it/AmericanDream-NB  to secure your copy!

Recently AGNOSTIC FRONT posted a track-by-track commentary for every song on the new album. It was written by the band’s iconic front man, Roger Miretand can be read below.

The American Dream Died:  It’s a harsh look at what’s going on today in our society. The intro that precedes this song says it all! It’s a reaction to everything happening around us right now. The higher ups are out of control!

Police Violence: This is our reaction to what’s going on in our country regarding the unprovoked brutality of our citizens by those who we pay to “protect and serve” us.  If they are going to act like criminals, then they should be prosecuted as one! They have some kind of elite fraternity-like understanding that they protect each other with.  Don’t abuse your badge!

Only In America: It’s sad to learn that the people who serve in our military and risk their lives fighting in wars come home to the government not giving a shit about them, especially if those veterans were wounded mentally or physically. They gotta go through a lot of bullshit just to try and get a little help and support. You’ve gotta be blind if you don’t see that, only in America. This is why I strongly believe the US Government should stop policing the world, and start caring for the issues right here in the USA!

Test Of Time: Learning from the past is important, to help you move forward and not make the mistakes we did in our youth. Longevity is the key to success. We won’t get left behind.

We Walk The Line: It’s a statement of who we are and how we live in relation to the hardcore community.

Never Walk Alone: We always spoke about unity and how sticking together will help us grow as scene. Hardcore is worldwide now. This is our scene, our passion and it was great to present this song with honorable NYHC veteran’s Freddy Cricien (MADBALL), Toby Morse (H2O) and Lou Koller (SICK OF IT ALL) joining on the anthemy chorus!!! Punk rock/Hardcore is a movement it’s not an image!

Enough Is Enough: Protest song! I once read an inspiring quote that went like this “I hold it, that a little rebellion, now and then, is a good thing, and as necessary in the political world as storms in the physical” – Thomas Jefferson.

I Can’t Relate: Dealing with different people you don’t like in different situations. Could be applied to a boss, ex girlfriend, someone who lives a completely opposite lifestyle, etc.

Old New York: New York City has lost its edge. It’s been stripped of its culture and over run by money. Making it hard for musicians and artist to live there. Now we’re surrounded by transplants and rich hipsters. Let’s face it, it’s not the NYC I once adored. That one is so well documented in one of my favorite movies Taxi Driver! Hence the intro, I Miss The Old New York.

Social Justice: Nothing is more disgusting than hearing about a grown man rapping a child. This song talks about a man who got caught in the act and was served street justice stabbed with knives from his head to his toes. Justice served!

Reasonable Doubt: Our whole lives we’ve been criminalized for one reason or another. But it’s actually the media, the corporations and the government who are the scumbags. Power to the people standing up against them. Wake the fuck up people!

No War Fuck You: Self explanatory, stop creating wars so you can justify your unlimited defense budget and make all your friends rich. Innocent people are dying for your stupid games.

Attack!: On some occasions people tend to disrespect and take our kindness for weakness. We have always been known for never taken shit from anyone. Cross the line and we will attack!

A Wise Man: Growing up in NYC living in and out of Vinnie’s apartment. Our old friend John always looked out for us like a father figure. He tried to guide us in the right direction and give us good advice. He was a wise man, a friend forever.

Just Like Yesterday: This song takes us on the journey through our history as a band, from touring all over the world and making friends that still remain loyal today. One of my favorite lines is “From NYC to the Berlin beat.” It shows our love for those two great cities and our great world accomplishments as a hardcore community. 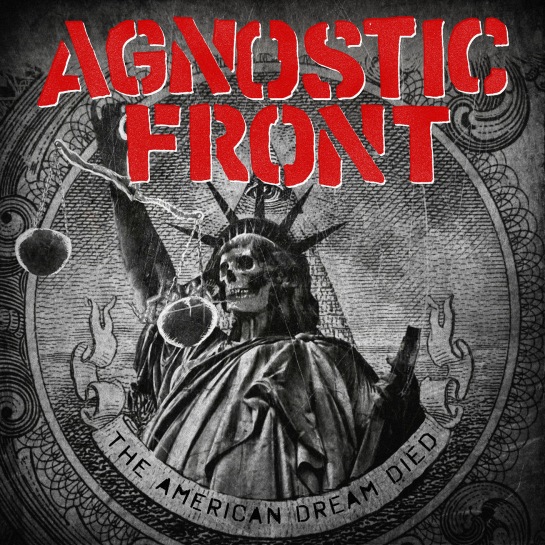