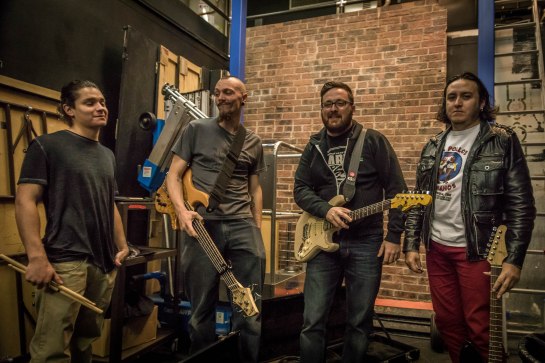 Throw The Temple from Albuquerque, NM is an eclectic band. Not afraid to embrace the world in their own creative way they have managed to continually impress me. Throw The Temple has decided that instead of waiting for the world to discover them, they are gonna head out and start kicking doors in. They are currently in the running to play at the Ernie Ball Battle Of The Bands Floodfest 2015. I am asking you to vote for these hard working rockers who are not afraid of themselves or the Rock N’ Roll world. You can vote right here: