November 10th, 2014 – (Burbank, CA.) – Gary Clark Jr. is a featured guest on HBO’S critically acclaimed new documentary series Foo Fighters Sonic Highways on an episode that debuted this past Friday, Nov 7th (Check local listings for multiple repeat showings). Foos’ frontman, Dave Grohl, has described the series, which was made concurrently with the Foo Fighters’ upcoming eighth album of the same title as “a love letter to the history of American music.” The band visits eight legendary studios in eight different cities across U.S. as they write and record the album. Friday’s episode featuring Clark was shot in his hometown of Austin, TX. Clark is seen performing with the Foo Fighters on their new song “What Did I Do / God Is My Witness” from the Sonic Highways’ album.

In September, Clark released Gary Clark Jr. Live, which features blistering performances that span his gigs at clubs, theatres, arenas and festivals from the past 18 months of non-stop touring. Each track was captured as purely and spontaneously as it was performed on the night with absolutely no overdubs. Response to his first official live set has been fantastic:

“This rising Texan’s two-CD set is his defining moment, a generous blast of prowess that backs up the future-of-blues-guitar promises made in Gary Clark Jr’s name since his burst-out performance at Eric Clapton’s 2010 Crossroads Festival. Wherever he chooses to go from here, he has what it takes to get there.” – Rolling Stone Magazine

“It’s no secret that Gary Clark jr is a force to be reckoned with. Backed by a tight little wrecking crew, he evokes the image of a steam engine via the chooga-chooga of his guitar even as his vocals slide cooly overtop, sounding impossible level. No filler. No overdubs. No noodle.” – Spin.Com

Since well before the release of his major-label debut album in 2012, this smoldering guitar hero and bluesman has been damned with high praise: His live show is so good, said the rabble, that no studio record could ever do him justice. “Gary Clark Jr. – LIVE” (Warner Bros.), a demolition derby on two discs, is one way to answer that claim, and no less welcome for being totally obvious.” – The New York Times

“This is how it should have gone down in the first place…focusing on the guitarist/singer’s greatest strength – namely , his scorching onstage performances…mesmerizing” – Tone Audio Magazine

Watch a trailer for the album here. More Gary Clark Jr. news to be announced soon.

I have a lot of great friends who turn me on to new music. I would like to thank TA for telling me about Gary Clark JR.

Born in Austin Texas, Gary began playing guitar at twelve years old. He was gigging in small venues when he met promoter Clifford Antone owner of the famous Austin club Antone’s. Antone’s was where Stevie Ray and Jimmie Vaughan began making their mar on the music scene. Antone helped Gary get some exposure and get involved with Jimmie Vaughan and others in the Austin music community. They in turn helped Gary further his career. Gary’s music shows how rock n’ roll and the blues have influenced almost every type of music from hip-hop, to country.

In February of 2012, Gary played with some Blues legends at the Red, White and Blues event at the White House. This show was broadcast on PBS and featured B.B. King, Mick Jagger, Jeff Beck, and Buddy Guy, among others.

Gary has received several accolades in his career as well.
Kirk Watson, the Mayor of Austin, proclaimed May 3rd, 2001 as Gary Clark JR Day. Gary was 17 at the time.

Gary was SPIN magazine’s breakout artist for the month of November 2011.

Gary was introduced on stage by Metallica’s own Kirk Hammett at the Orion Festival in Atlantic City, NJ. 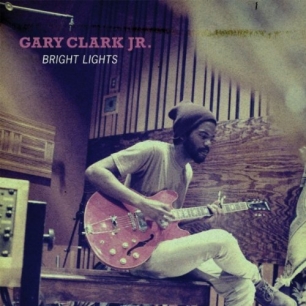 Gary’s major label debut is Blak and Blu which was released on Warner Bros. Records on October 22. 2012.

Gary has made an impact on me as well. Having always been a fan of Blues guitar, I am blown away by his performing, and am glad to see the Blues is still alive and well. Give a listen to “Bright Lights”: