I just received this press release courtesy of SHOTGUN REBELLION: 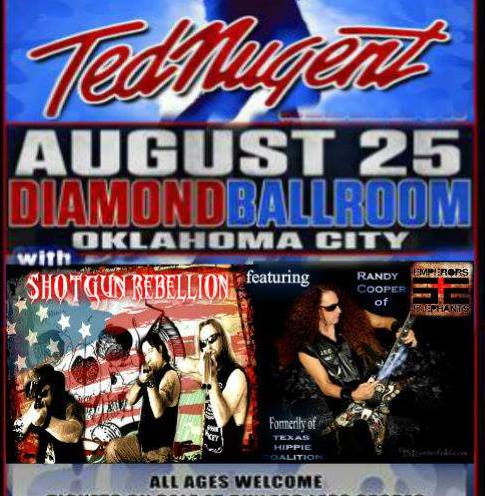 Every music lover has that one show that they’ll never forget. That one ticket stub that they hold in prized reverence. The show that led to stories they’ll still be telling in the old folks home.

This will be one of those shows…

At the Diamond Ballroom in Oklahoma City on August 25th, three stellar guitarists will be on display; the Gunslinger Rick Davis, the Dean Randy Cooper, and the Legend Ted Nugent.

As the style of southern metal continues to grow, one of the fastest rising and dominant bands to emerge is “Shotgun Rebellion”. Built by the rebel soul of Davis and influential and creative bassist Jon Parr; “SGR” has taken over, driven hard by the power and thundering Johni Walker on drums and leaving audiences amazed.

As “SGR” toured the southern regions, a brotherhood was cemented with current “Emperors & Elephants” and former “Texas Hippie Coalition” guitarist Randy Cooper during the dozens of shows they shared.

With “THC”, Randy helped spread the outlaw metal style across Europe and South America on one of his many custom Dean guitars.

Knowing that playing a show with Nugent was a bucket list item also with Cooper, as soon as DCF Concerts announced that “Shotgun Rebellion” had been selected as the opener, “SGR” reached out to their southern brother for a guest appearance.

As if a night with one of outlaw metal’s top acts featuring two of the genres best guitarists wasn’t enough, the legendary motor city madman Ted Nugent himself takes the stage. Playing a full set showcasing some of rock’s most classic anthems, Nugent defines the image and sets the standard for guns and guitars.

For one night, and one night only, Oklahoma City’s Diamond Ballroom becomes a shrine to the six string. “Shotgun Rebellion” come all blazing with Rick Davis, Jon Parr, and Johni Walker, with special guest appearance from Randy Cooper; supporting a no holds barred headlining performance from Ted Nugent. For one night Rick and Randy team up to become the Arsenal!

..the Legend, the Dean, and the Gunslinger…see it all live !!! 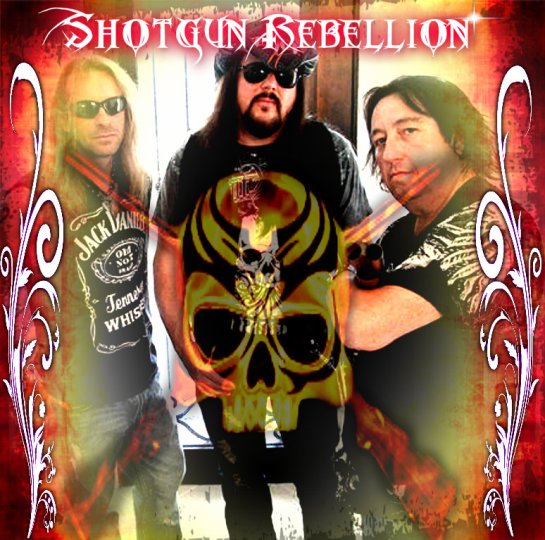 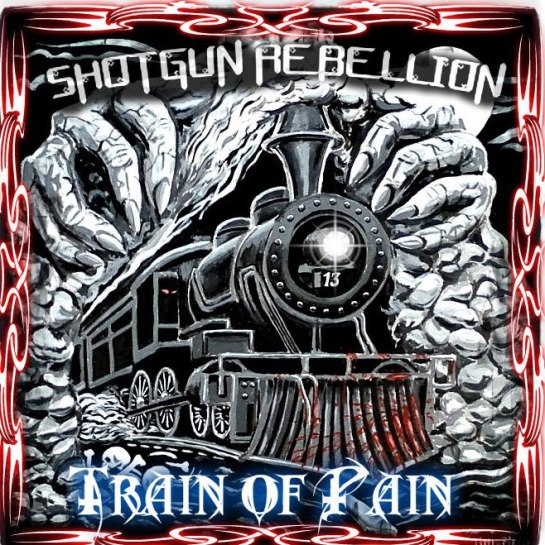 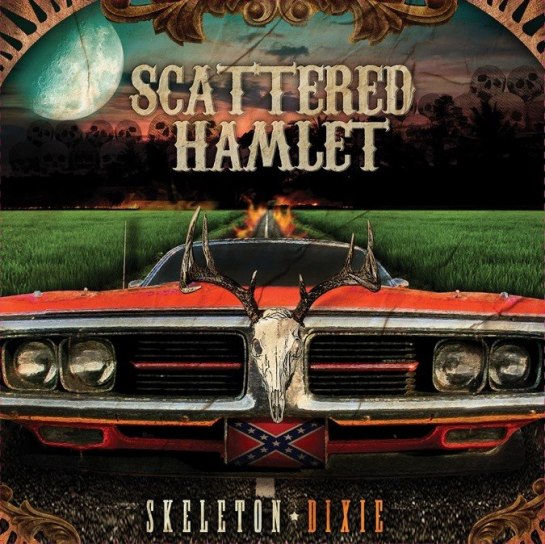 Talking with Adam Joad about their forthcoming CD release, Skeleton Dixie. The conversation even went on to talk about other cool stuff. Give a listen and feel your inner “Hillbilly Harmony” 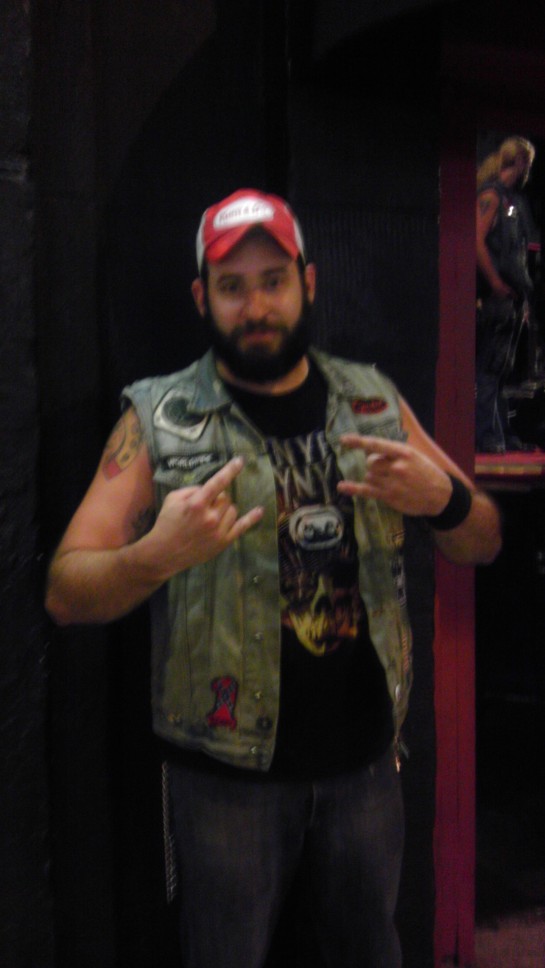 Adam outside the Whisky

NEW SINGLE FROM SHOTGUN REBELLION – “INTO THE NOTHING”

Check out the new single from SHOTGUN REBELLION! 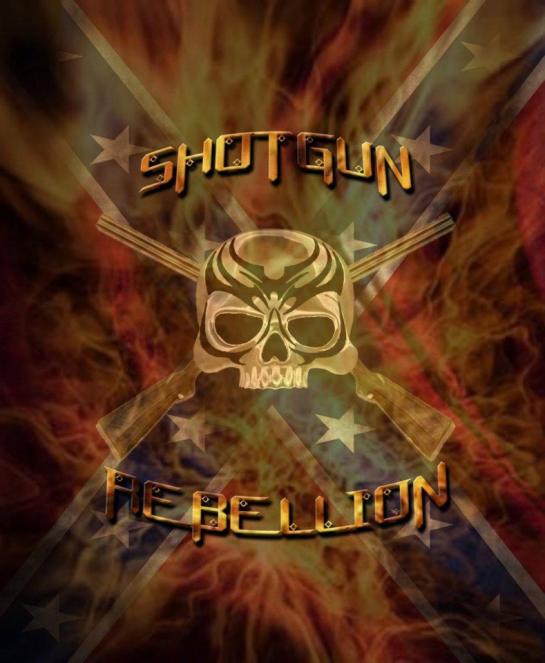 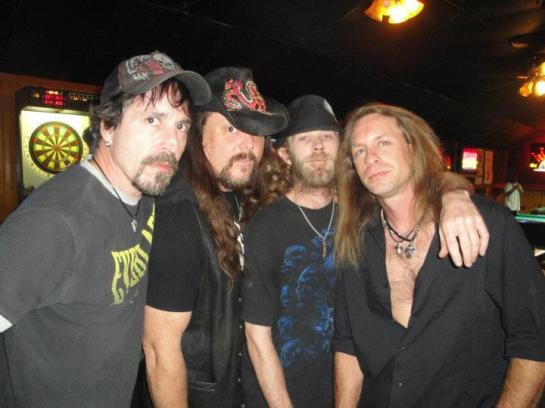 Hey guys, let’s open a cold one and find out about  the origins of Shotgun Rebellion. How did all of this start?

Jon: “As Rick was playing with a band called Kill the Silence and I was with Echofist, our paths had crossed a few times. Over the next two years we’d swap emails back and forth discussing various shows and what all was going on in the Oklahoma music scene. When Echofist separated, the vocalist and I started a new project. Although I enjoyed what we were doing, there was just something missing. So I decided to put the word out that I was looking to do a side project that had a little bit more balls to it so to say. Well, Rick just happened to be online and within about twenty minutes of me posting a notice he called me.
As the issues within KTS grew, what was originally just a side project and a chance for Rick and I to work together, begin to evolve into the full-time ride. We thought for a short time about just bringing me in on bass and revamping the lineup for KTS, but after thinking it over we decided to go with our own identity as Shotgun Rebellion.”

As I was listening to the tracks you sent me  I hear elements of country music in your songs. What were some of your country influences?

Rick: Not really what you would call traditional country. But more of an Outlaw country and Southern Rock like Johnny Cash, Waylon Jennings, Hank jr. and Willy nelson were more of an influence to me along with blues.

Tying into the previous question I also hear metal in your songs, where did the metal influx come from?

As I have gotten to know about  I have heard you guys referred to as “Outlaw Metal” what can you tell us about that?

Rick: Well I grew up in southern Oklahoma and my parents and grand parents always listened to country, Outlaw country, Southern Rock as well as Classic Rock. My dad Ronnie taught me to play at a young age, he cut my teeth on Southern Rock and Outlaw country tunes along with blues and classic rock songs. So on my own I was listening to Wasp, anything Ozzy, Van Halen and all that era’s Metal and hard rock songs. So I was taking the licks my dad taught me and trying to learn how to play the stuff I liked. About that time I met a Guitarist named Steve Parnell we formed a band in the late 80s early 90s even then Steve was a accomplished Guitarist he started teaching me a lot more of what was going on in Metal then. We’ve since added him to the line up of “Shotgun Rebellion” in the past year, you can hear his lead work on our songs such as “Emperor’s clothes and Killed by love”. So this half Outlaw country/Southern rock meets Metal/hard rock is just a natural thing for me. So we just coined the term “Outlaw Metal” to describe our sound.

Tell me about the writing process.   I can imagine you all putting on some David Allen Coe and then some BLS, drinking a few and going from there. How do you guys go about writing new material?

Jon: “As a writer, anything can inspire you and that creative spark can hit at anytime, I’m always coming up with lyrics. I’ll send them to Rick, who is constantly working out something on his guitar. When he finds something that fits, he’ll record it and bounce it back to me. Or he’ll come up with some lyrics on his own and call me saying he’s sending a new track. Either way, once we have that first blueprint of a song, we all will start adding in our own little touches.”

It’s obvious you have a lot of classical influences, what are some of the newer bands that are catching your attention? 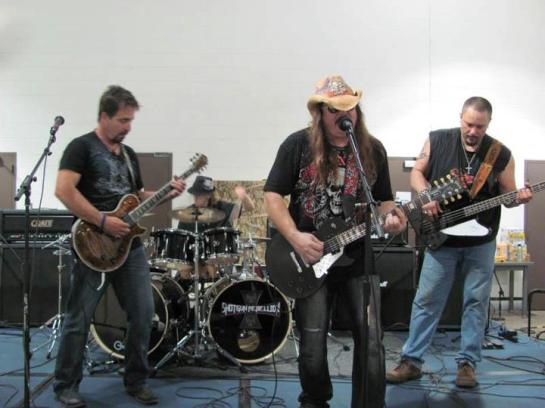 You have shared the stage with some great bands, does any particular show stand out?

Jon: “Every show we do with Texas Hippie stands out just because they are brothers in arms, we’ve gotten to know those guys pretty good and are fun to work with. But as for me one show that really stands out was when we played with Warbeast, Forte, and Rev Jones at the Coca-Cola Center in Oklahoma City. We had honestly only been together as Shotgun Rebellion for a about a month, and as far as the crowd knew we came out of nowhere. Over the next few weeks, we received messages from fans and even the promoter who told us we had the set of the night, and that was only our second show after that first practice six weeks before.”

Rick:  Sharing the stage with George Lynch twice when we opened for Lynch Mob was a big deal for me. I grew up in the late 80s as a teen and he was a big influence on my playing
What are the musical backgrounds of you guys? Any formal musical instruction?
Rick:  I was taught to play guitar from my dad.There was alway instruments around the house if you didn’t play you wasn’t from my family. So it was just the way I was raised.

Jon : “I graduated from the Art Institute in Dallas with a degree in Music Business.”

I have been having fun reading the responses fro others with this question.  Is there any music that you listen to that would surprise us? I happen to like the Bee Gees myself….
Rick:  I sometimes listen to Motown soul and a lot of blues.
Jon: “I listen to just about everything. Whether its country, metal, blues, pop, jazz, or even Christian artists; I’m always hearing rhythms or lyrics that hit me and inspire me. I take that bit of inspiration and use it, then send it off to Rick who puts his own stamp onto it with what he’s been listening to and that is where that SGR blend comes from.”

If you had a chance to speak to a crowd of musicians trying to enter into the music industry what advice would you give them?
SR: Stick to your guns and don’t be fake, what I mean is play and write from the heart don’t just be what you think other people want to hear. If you do that it’ll come out fake so Stick to your guns and play what you feel.

Let’s have some “Devils Home Brew”:

There you have it, Shotgun Rebellion in the raw. 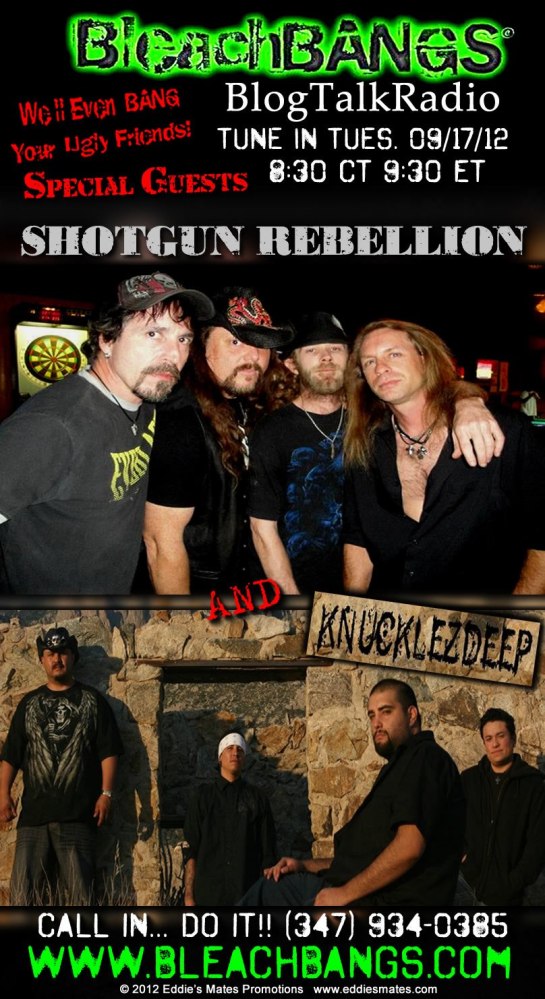 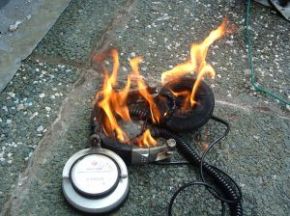 This is my continued quest to bring to you bands that you might not have heard before. I think these bands are worth checking out and should have the support they deserve. The “corporate world” needs to pull their head out and start listening!

ALL HAIL THE YETI

My friend Kurt Arft told me check out this band. HELL YES! Acid Bath, Eyehategod, Pantera, Down, Motley Crue, Blues, Black metal, Country, pagan Chants are the influences this band cites. I’m really liking the vibe these guys have. Check out their video for “The Art Of Mourning”: 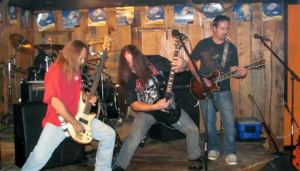 What would happen if the children of “Outlaw Country” parents were sneaking away and listening to Metal and Hard Rock? You get Shotgun Rebellion that’s what. “Outlaw Metal” is the calling card of this band. Let’s keep our ears open for these guys! Get some “Devil’s Home Brew” right here: 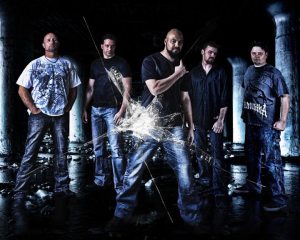 My good friend Kathleen Holstead got us an interview with these guys for our Bleach Bangs Radio show (http://www.bleachbangs.com/) and they have been on my radar ever since. Hard working good solid band. check out the video for “Guilty Wreckage”: 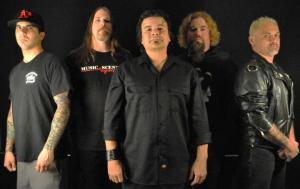 Heretic was born during the mid 80’s in Southern California. They were one of the top acts in the LA area, love this band and think you will too. Given new life and a new release they are ready to show the world some power! Here’s “Remains”: 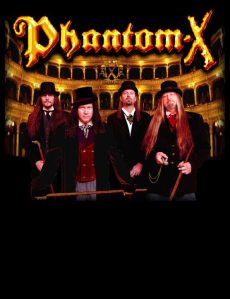 I have to thank my friends over at Eddie’s Mates (http://www.facebook.com/eddies.mates) for bringing these guys to my attention. This Power Metal band backs that up! They are headed out on tour so look for them! “1000 Quatrains” : 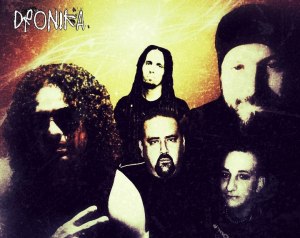 Dronika are a band I have been fortunate to have witnessed the birth of. Putting the final touches on their debut Album and making plans for GLOBAL DOMINATION. Here’s sneak peek of “Prophets Of Doom” (demo) : 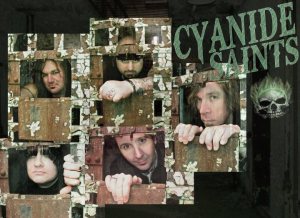 Cyanide Saints is a hard driving band that will make you sit up and take notice. Coming on strong they are ready to take their place on the Rock world! Catch them while you can! “Raising Cain” :

Metallica, Pantera, Anvil, In Flames, Children of Bodom, Unearth, Slayer, The Agonist , Mastodon , Motorhead , Kill Switch Engage have all fired up Caym. Young and with a head full of metal this band is ready to kick your ass. “Jukai”: 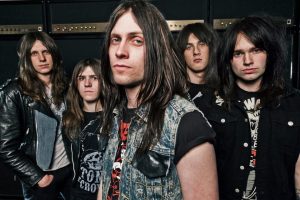 I saw The Treatment open for Kiss/Motley Crue recently. Hailing from the UK and opening for icons of rock such as those! Wow! A fresh look at straight up Rock N’ Roll you better see them soon! “The Doctor”: 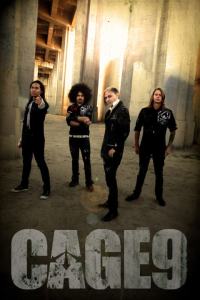 Cage9 has a modern style and hard charging playing. They are on tour so get out and see them in a town near you! Here is the video for “Comatose”: