Sometimes you just happen to come across some cool stuff. Today I received an email that went to my junk file. I am glad that I look through my “junk” emails before trashing them. I saw an email from Vidar Solli telling me about his band Gain Eleven.

He hit me up and suggested I check out the track for “Devils Child” on YouTube. I did and found that it was a pretty cool track. We befriended each other on Facebook and began a conversation. I found out that Gain Eleven was a four-piece band hailing from the west woods of Sweden.   Comprised of: David Flognman (vocals & guitar), Vidar Solli (lead Guitar), Martin Andersson (bass), and Hannes Liljedahl (drums), Gain Eleven fits right in with bands like Black Stone Cherry, Royal Republic, and Foo Fighters. The band formed in September of 2012 and began gigging their way around Sweden. They self-financed a three song EP and set their sights on exposing their brand of hard melodic rock to the world. 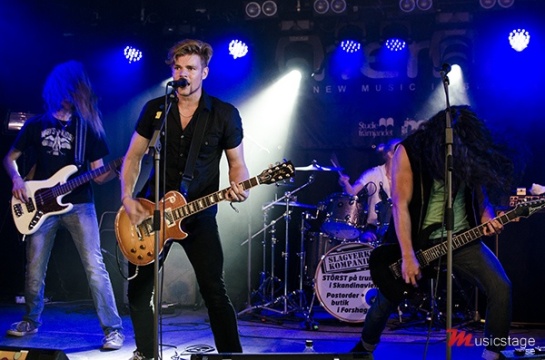 It is with great pleasure that the Hellion Rocks introduces you to Gain Eleven with the hopes that people get behind and supports these hard working guys from Sweden. Do yourself a favor and check out their track “Devils Child”  right here:

Be sure to check them out online at: https://www.facebook.com/Gain.Eleven 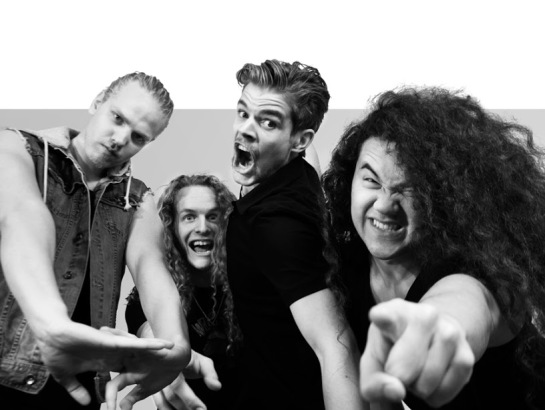 “People just want music they can get up and shake their asses to” A crass but fitting description from guitarist Mike Allen of the musical drive that fuels Southern Ontario’s heavy groove kings HARM. Everyone who has seen HARM live has been churned back through the venue doors hooked, and ready for more. Their musical innovation and intensity translates strongly through mics and amps, hitting the crowds right in their core. They’ve booked packed–house shows around the region and back, including Lee’s Palace, Absinthe, Kathedral, Casbah, Red Rooster and the Horseshoe, to name a few. Harm was also a featured act at 2008’s Roger’s Spring Music Festival and performed at the Y108/RedPipe.ca Breakout Band Challenge and Metal Queen Management’s metal festival in Downsview Park.

Emperors and Elephants formed in late 2011, but despite its youth on the scene has already supported acts such as Soil, PopEvil and many others. Recently my  friend Randy “The Arsonist” Cooper added his world class guitar skills to this band. I, for one, cannot wait for the new music to come out from these guys!!! 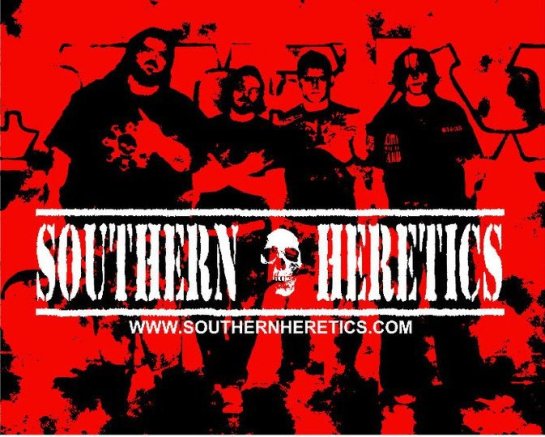 Influenced by metal greats such as Black Sabbath, Metallica, and Black Label Society, Front man/guitarist, Randall Phillips and Bass player and genetic throwback, Kage sought out to create and spread a metal that was superior. After a short search followed by what some would consider a humilliating first few months the drumming skills of Brett Dobbs was added. After a few failed attempts to round out the quartet the Heretics finally came in contact with Shane Davis, whose tenacity would put the hardest of workers to shame. The Southern Heretics proudly stand guard at the wall that seperates those with souls of metal, from the posers. Unwilling to bend, compromise is not an option, Randall, Kage, Brett and Shane are who they are, non-conformists, Heretics to the end. 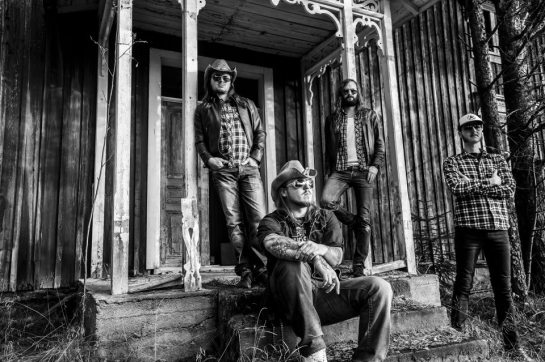 Any band that cites the following influences has to be checked out: Blues, Country, Exploitation movies, Captain Morgan spiced gold and Absinthe. Hailing from Sweden this band is new to the scene and we will be keeping our eyes and ears open for more from them.

Strikes At One represents time and the realization that everyone’s time is limited. To that end, Strikes has hit the ground running with the release of their debut EP ‘Hardwired’ earlier this year. Strikes co-produced the EP along with Ryan Guanzon of New Medicine (recorded and produced bass, drums and guitar) and Jon Sinclair, who recently mastered tracks by Shiny Toy Guns.
Featuring Matt Molloy on lead guitar, Jordan Hankey on bass and Beau Bricher on drums, Strikes’ sound was developed in Santa Barbara in the bands personal studio. Adding Bret Campbell to the mix on vocals proved to be the final compliment to the sound they had all been searching for. Strikes’ sound is distinct and uncompromising. Reminiscent of classic rock but with Metal, Funk and Blues influences wrapped into a sound that is undeniably original. The sincerity of Bret’s vocals, the melodic weaving of Matt’s guitar, the punch and calculated clarity of Jordan’s bass and the amazing intensity that Beau brings on the drums. With songs like ‘Pyramid’ that harness raw power to ‘On My Way’ that shows vulnerability to ‘Sayonara’ which was a song written about a tragic loss… “Blowing around like scattered leaves in a life we think we own, but this ain’t home, light falls from me but know I am not left alone,” this band is an experience that is universal to all.

Free Fall will hit the road for a European tour in April/May tour alongside Witchcraft and Orchid in support of Power & Volume.