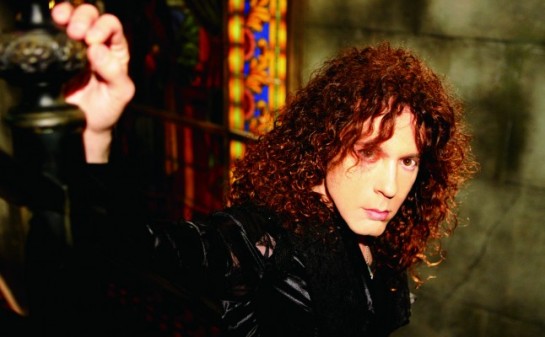 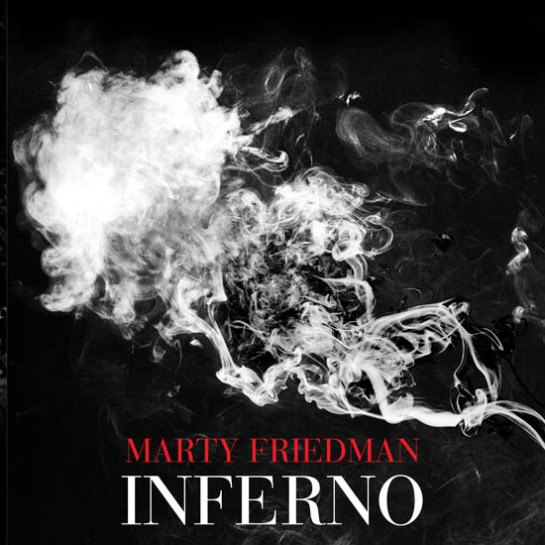 What a cool experience we had at the Hellion Rocks yesterday. We were honored to have the chance to speak with guitar legend Marty Friedman. I was tied up with mayhem and mischief so Mike Araiza stepped up and took care of business. Mike and Marty had a great conversation that we are sure you will enjoy! So check it out right here:

e sure and pick up the killer new release from Marty Friedman “Inferno” out on Prosthetic Records NOW!!!

Catch up with Marty Friedman online:

-the Hellion and Mike Araiza 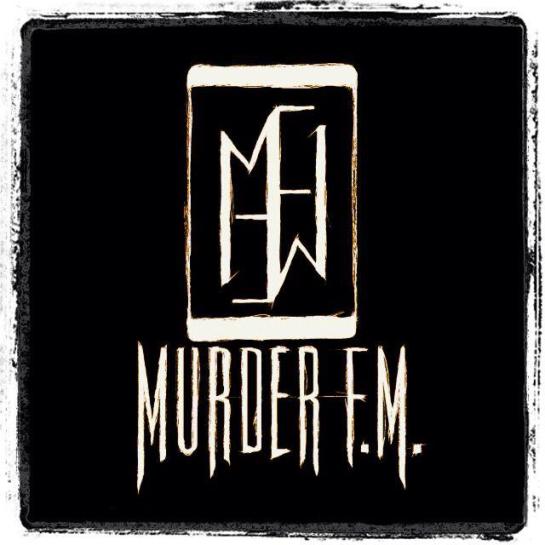 Several years ago I was invited to see Murder FM at a local venue. I had a few minutes prior to their set and was able to talk with them and found them to be focused and driven individuals. When they took the stage they owned it and let everyone in attendance know this. I thoroughly enjoyed their set and have kept them on my radar ever since. 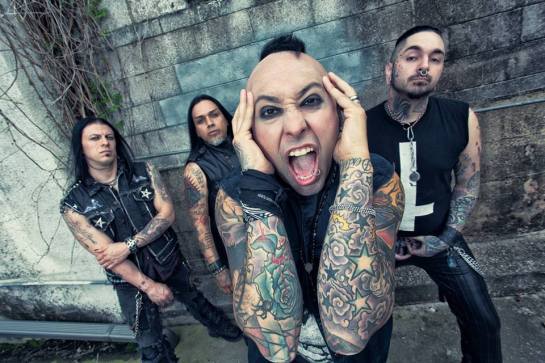 The stars finally aligned and Norman”The Gnar” Matthew and I were finally able to schedule to time together and talk. We had a great conversation about a ton of things and you can listen in right here: 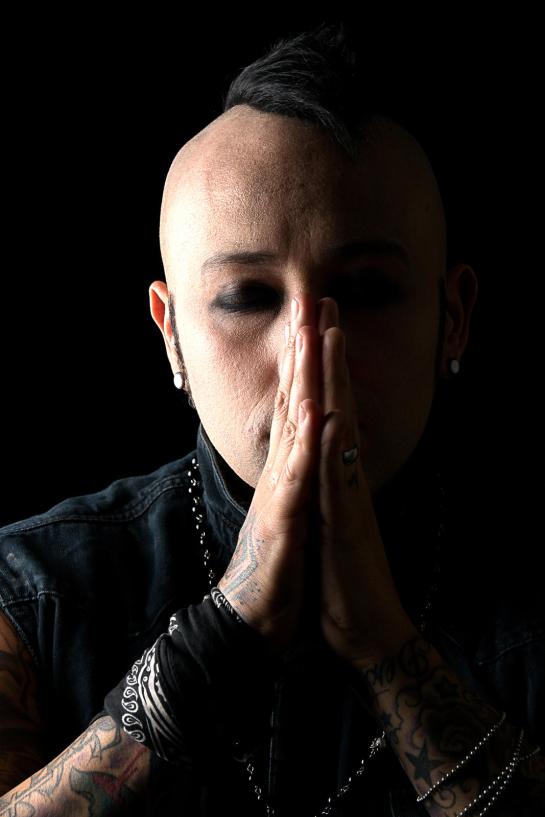 Make sure to check out  Murder FM online at: 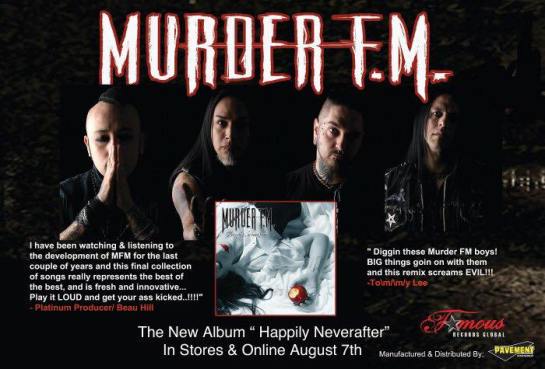 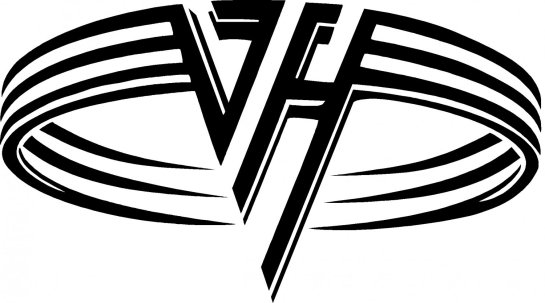 In a land before time…there were record stores, racks of magazines, radio stations that played real music, and rockstars who were like gods to us. Gods shining bright from Olympus, inaccessible to us mere mortals.

Like a tornado raging across the plains Van Halen took their place on high.

I was instantly floored and in love with their music, and style. I fancied myself in the same ilk as David Lee Roth. I had the long blond hair, I wore bandannas like him, and I was loud and boisterous like him. It wasn’t a party without me and when I entered a room, everyone there knew it.

David Lee Roth to me was the end all to be all. The force of David Lee Roth, Michael Anthony, Eddie and Alex Van Halen was out of this world.

I look back now and have to ask myself “What the hell was I thinking?” I can now say David Lee Roth was not the great vocalist I thought. But, at that time, he was the vocalist we all wanted.

Now we find ourselves older and wiser, well some of us any way, and Van Halen is once again on the minds of everyone.  Van Halen 2015 is, to me, an eight cylinder engine running on only six. Sure the music still sounds good but we are missing those outstanding backing vocals and the stellar stage presence of Michael Anthony. And David Lee Roth has become a parody of himself.

I have such a hard listening to the new live stuff coming out now. I cringe with embarrassment at the attempts to reclaim their status in the rock world. I will always love Van Halen now and forever, but it’s time to retire their jerseys….

P.S. STOP FIGHTING AND NAME BASHING EACH OTHER AND PASS THE TORCH ON!!! LET THE VAN HALEN LEGACY GO OUT ON A GOOD NOTE!!!

A great conversation with Matt. Very enjoyable getting to know about him and the band From Ashes To New. Check it out right here:

Check out From Ashes To New online at: 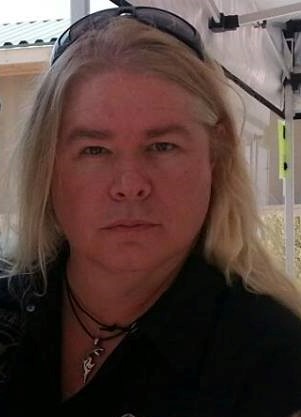 So you wanna be a promoter huh? Well you better put your big boy/girl pants on and get ready to work. If you think it’s a cool thing to do and you get to hang out with the band, you have another thing coming.

What exactly is a promoter? According to the internet it says: Tour promoters (also known as concert promoters or talent buyers) are the individuals or companies responsible for organizing a live concert tour or special event performance. The tour promoter makes an offer of employment to a particular artist, usually through the artist’s agent or music manager. The promoter and agent then negotiate the live performance contract.

Let’s be real, most bands these days deal with local “in town” promoters. This means a lot of work for the small time promoter because most don’t really have the money or staff to back them. This also means a lot of upfront money out of pocket for said promoter. First things first, MAKE SURE YOU HAVE THE FUCKING MONEY TO PAY THE BANDS!!!!!!! The minute you book a show you should set aside your guarantees. There is nothing more heinous than for a traveling band to get stiffed on their guarantee. Most of these bands are getting show to show on the money from the previous show. Now, let’s talk venue. Make sure you completely check out the venue and ensure load in/out locations, if there is a “green room” for the band, if there is sound equipment and a person to man it (here’s a tip: a good promoter should be able to put their hands on a PA and sound guy in a minute. ALWAYS HAVE A BACK UP, AND A BACK UP BACK UP!) The MINUTE you book a show PROMOTE THE SHIT OUT OF IT!!! This does NOT mean just create a Facebook event page and sit back and expect the masses to show up. Make flyers, call people, hand out said flyers at other shows, hit up the local radio shows, HIT THE STREETS!!! Night of show, BE THE FIRST PERSON THERE!!!! You are the director of traffic for the evening, period. Make sure everything and everyone has a place and they are in it. Make the bands feel welcomed and appreciated (THEY WILL TELL OTHER BANDS HOW THEY WERE TREATED!!!) and they will do their best and will love to work with you again. The fans will come to know that your shows are well run and incredible and the word will spread. There are no excuses for putting on a lame show. 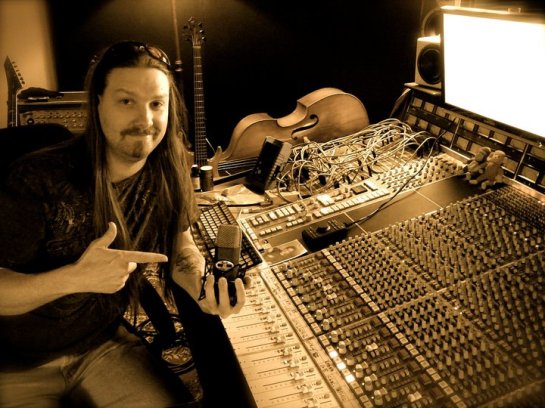 I have been doing a lot of thinking about the songs that have staying power. What makes them great? Why can certain songs be listened to over and over again, yet others drive you batshit. One of the things that has come to light in my thoughts is the alchemy between the musicians and the studio wizards. I have decided to seek out some of these wizards and try to get in their heads.

I now present to you the first of my conversations with said wizards, Mr. Sterling Winfield. If you have been living under a rock and do not recognize the name let me educate you. He has worked with: Pantera, Mercyful Fate, King Diamond, Nightranger, Pissing Razors, Hellyeah, and Damageplan to name a few.

Sterling also clues us in to a new band he is working with: A Rebel Few. Check them out at: http://www.arebelfew.com/

Grab yourself a cold one, put your headphones on, and check out our interesting chat with Sterling right here: