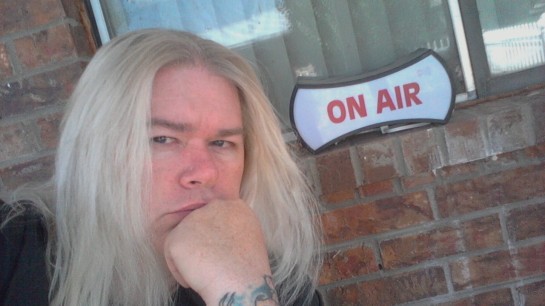 Ahhh keyboards in rock music. I have always been a fan of keyboards in rock n’ roll, I mean John Paul Jones in Led Zeppelin, John Lord in Deep Purple, Rick Wakeman in Yes, Freddie Mercury in Queen, the list goes on and on. And then on December 21st 1983, a day that lives on in infamy to me,  Van Halen released the single “Jump”, wait…what just happened? My hard rock driven guitar band released a song with a sickly poppy sounding keyboard in it? If you can’t tell I was sorely disappointed in the boys. People were labeling the song as “pop rock” or “synthrock”, I was aghast a this. I eventually overcame my lament and forgave Van Halen for this travesty (again this is my opinion).

Today on my commute home I heard “Jump” on the radio (no I still don’t like it) and thought to myself I wonder what others think about keyboards in hard rock and heavy metal. I know bands like Sonata Artica, Kamelot, and Nightwish use them, but what are your thoughts? 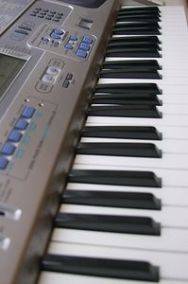 This has been a  long fought debate among rock fans. I think that keyboards are an integral part of rock music. Keyboards have been around from the birth of rock, to its current evolution. Like everything else keyboards can be (in my opinion) misused in rock music. Again everything in this post is just my opinion and is open for (and welcomed) discussion. Let’s get crackin’:

Some early rock songs had a prominent piano sound in them that was integral to the sound. Let’s look at a video from Jerry Lee Lewis for 1957:

Jerry Lee Lewis made this song come alive with the piano. The song was rockin’ for it’s time and it would not be the same without the piano.

The Doors brought forth some great keyboard laden music on the late 60’s. Ray Manzarek took keyboards and made them cooler. The distinct sound of Ray’s playing gave the Doors  their signature sound.

Foreigner in its early incarnation brought some great songs. Who doesn’t recognize the intro by Al Greenwood to “Cold As Ice”? This song was rocking us back in ’77. Although I was personally unhappy with the direction Foreigner took later on, these early songs remain dear to me.

Up until the release of Van Halen’s “1984” keyboards were not a part of the band. “Jump” took me by surprise, it was even a cool keyboard riff. What was happening to my hard rocking band???? But, it was Van Halen so most of us forgave them….maybe.

In the 90’s Guns N’ Roses gave us “November Rain”. Axl Rose and Dizzy Reed provided the keyboard/piano work for this epic song. People liked the song but I felt it was the beginning of the end  for that hard charging five pieve (originally) band. Good song though.

“Du Hast” is one of those songs where the keyboard has no place in my opinion.  Christian “Flake” Lorenz is adept as playing but the “keyboard riff” just confuses me in this song.

Those are but a few of “keyboard” heavy songs that come to mind. Here are some keyboard players worth noting and you should definitely check out their work:

I am going to leave you with one of my favorite keyboard heavy songs:

“Bohemian Rhapsody”, Freddie Mercury’s piano playing on this is a beautiful thing. The song is timeless and is an art form to be cherished forever.

Thanks Freddie you will always live in our hearts and our ears.

(I will be revisiting this topic)