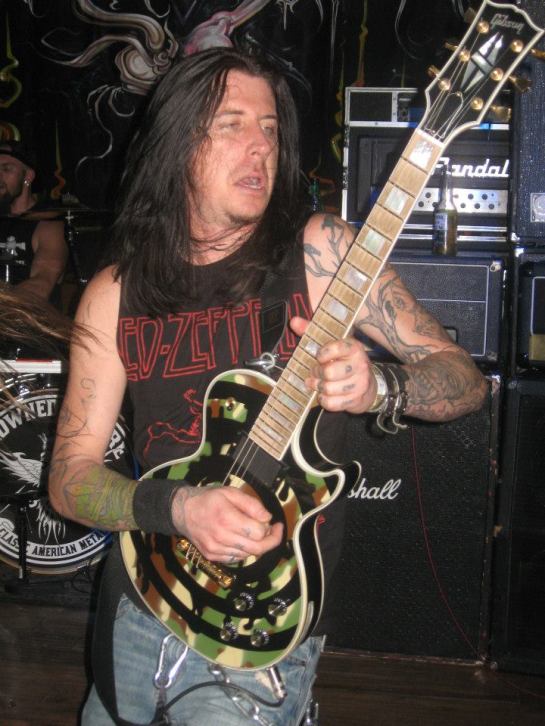 Justin Manning is a local southern CA rocker born and raised Los Angeles and is currently one of the
founding members and lead guitarist for the heavy metal band Crowned By Fire. This shredder started his
musical journey as a drummer at the age of 10 and became the “First Chair” drummer in his Junior High
marching band and local school band. He always inspired to be a guitarist and it was not until the age
of 12 when he received a red and white Fender Stratocaster for Christmas from his father. Not knowing
where to begin playing guitar, Justin used his knowledge of reading drum music to incorporate it into his
guitar playing, a distinct signature to his rhythm playing still heard to this day.
He listened to records from the likes of Guns N Roses, Van Halen and Ozzy Osbourne and learned
playing the solos off the records by creating music patterns and on many occasions played guitar with his
friends to gain more experience.

At around this time, he met a graduate of Musicians Institute who became his mentor and taught Justin
to play scales and on many occasions would take him to various band rehearsals with the likes of Lemmy
from Motorhead, El Duce (The Mentors), Jimmy Bain (Dio) and other major rock stars. Justin would
sometimes sit in as a drummer for these bands when the actual drummers missed their rehearsals. It was
at this ripe age of 13 that Justin’s calling to be a musician came to be.

At the age of 16 with a bass his mother bought him, he joined the local band Men in Black as a bass
player and played the local clubs on the sunset strip. He shortly left the band to start a new Pantera-
esque inspired band, again taking the helm as lead guitarist. It was during this time that he met Zakk
Wylde and was asked to be his guitar tech and in less than 24 hours was on a plane to Arkansas to start
the Black Label Society and Crowbar tour. This gave Justin the opportunity to meet some of the greats,
most notably the members of Pantera and other notable rock stars. This opportunity gave Justin a taste of
what life on tour really is as well as a vast amount technical experience.

When he returned back home from the BLS tour, Justin became the personal assistant to Zakk’s wife
Barbaranne, helping with her the various necessities. He also became Zakk’s protégé during the Ozzfest
tour that same year and appeared on the TV show the Osbournes.

Justin started various bands and held regular day jobs at ESP and Schecter Guitar Research as a guitar
technician. While at ESP he became acquainted with George Lynch (Dokken, Lynch Mob) who gave him
the opportunity to work as a bass tech for Anthony Esposito (Thin Lizzy, Lynch Mob, Ace Frehley) and he eventually took the reigns as Georges tech. Justin
was asked on several occasions to actually play on stage with Lynch Mob as a second guitar player
doubling the rhythm and leads for the guitar legend himself.

Upon his return home he started a few bands one which will eventually turn into the current band
Crowned By Fire with co-founder John Fitterer and released an EP and their latest full album “Prone To
Destroy” recorded in Florence, Italy and distributed under a European label.

Justin still remains close friends with Zakk Wylde, George Lynch and also with Tommy Victor (Danzig,
Prong, Ministry) who has offered him a gig as his guitar tech on the Danzig Legacy Tour which includes
Danzig, Samhain and The Misfits on their tour in the coming months. Justin carries various major
endorsement deals and mainly plays his favorite Les Paul specially given to him by the great Zakk Wylde. 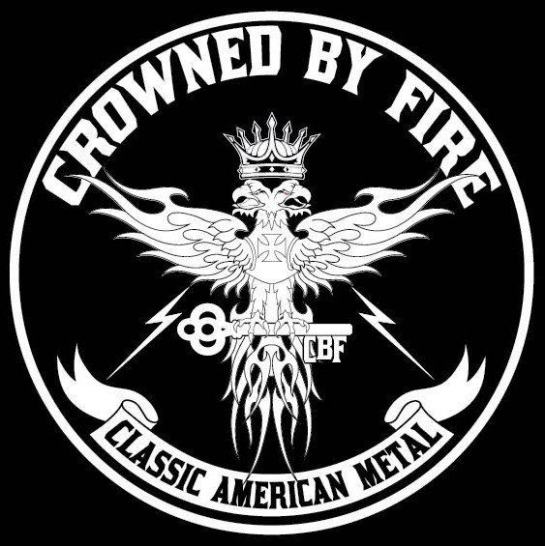