Had a great conversation with Frankie Banali about the new Quiet Riot release Road Rage!

Check it out here:

September 27 1980- My friend Brett came over to my apartment to hang out with me on my 16th birthday. He smiled as he handed me a wrapped package. I eagerly tore the wrapping off to discover the Blizzard Of Ozz record. “I knew you loved Sabbath so I saw this and figured you would enjoy it.” We raced to my room and found ourselves entranced by the music. I was most impressed by the guitar playing album on this record. The passion and power of the guitar playing on it was enough to make me weep. Brett and I instantly became Randy Rhoads fanatics. A lot of our friends were Eddie Van Halen nuts through and through, but there was something a bit more magical about Randy Rhoads for me. We read everything we could find and tried our best to wear out my copy of Blizzard Of Ozz.

When Diary Of A Madman came out in late 1981 I was there at the record store and raced home to hear what Randy had come up with to blow our minds, I was not disappointed in the least. This record too found itself being quickly worn out on my turntable. Again, I read every bit of press, had the posters, t-shirts, and all of the necessary accessories. Brett and I even figured out the secret codes on the album. Then, miracle of miracles, Ozzy was coming to our town!!! I did odd jobs to earn my $8.50 for my ticket. We went and positioned ourselves in front of Randy and witnessed a show that has yet to be repeated. The way Randy commanded the stage was sheer magic, and the way he played the songs live was utter brilliance. We left the show elated and sold that Randy was the greatest guitar player ever. Then, three months later he was gone, and I openly wept. 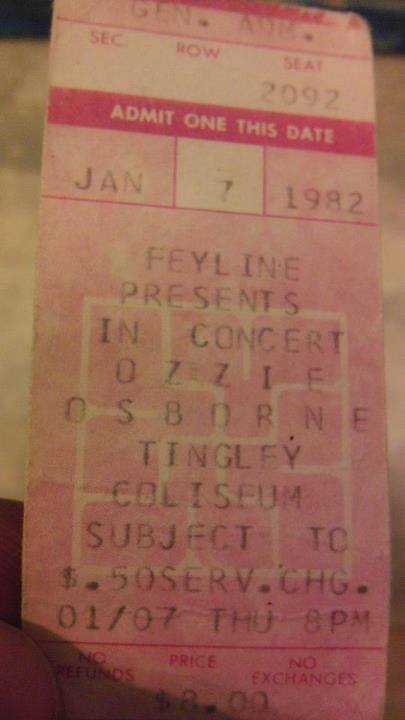 Now in March of 2015 I find myself watching a DVD about people who were influenced by Randy and his music. Kelle Rhoads let us into the world that he and his brother developed their musical skills in by walking us through the legendary Musonia Music School. Kelle told us of  how his mother, Delores, influenced Randy to audition for Ozzy. He also shared some moments of the younger Randy and himself performing is the school. I really felt the emotional bond and the sense of loss Kelle has for Randy when he showed the room where Randy taught guitar. It was stated that the room has been restored to the way it was when Randy packed up and left for his gig with Ozzy. It is truly a room frozen in time.

The legendary Bob Kulick hosts Bob’s interaction with Kelle was enlightening and I learned new things about Randy. Bob spoke with drummer Frankie Banali and I learned things about the formation of the Ozzy solo band that I never knew. Dana Strum? Frankie’s involvement? You have to watch it and see. Hearing the stage stories from my friend Rudy Sarzo was amazing as well. Bob talks on with George Lynch, Doug Aldrich, Dweezil Zappa, Joel Hoekstra, George Lynch. Bruce Kulick, and Jon Donias. They all tell how Randy affected them musically.

This DVD has led me to appreciate Randy “the person” more than I previously had. It is quite obvious how much his peers loved and respected him.  I am glad that the time was taken to produce this in tribute to the great Randy Rhoads who continues to live on inside me and others who listen and truly appreciate his musical legacy.  Please be sure to pick this up and allocate an hour and a half to learn about and share the life of this great musician and human being, you will NOT be disappointed. Randy truly is immortal.