Sometimes people cross your paths and leave a positive impact on you. I found one of those people in Marty Casey.

From first seeing him on Rockstar INXS, then meeting him when he was singing for LA Guns, and now a conversation with him, Marty has had that positive impact on me.

Please take a moment and listen to our conversation and understand who Marty is and the message he brings right here:

After listening do yourself a favor and click the link below the album cover and order the new record.

Here’s a couple of videos from the new record, enjoy:

Sky Rock 2013 was a blast! Mrs. Hellion and I picked up daughter Hellion and then made a trek to grab Charlie “MF” Owens and headed out towards Acoma NM. We had an interview scheduled with Dave “The Snake” Sabo from Skid Row  and were trying to coordinate interviews with Dokken and LA Guns. We enjoyed some rock n’ roll conversations along the way, good times with great people. We made it to Acoma and and worked out the details to get our press credentials and were treated with not only photo passes but all access as well.

We then hiked the back forty up the hill to the concert area and waited for entry into the amphitheater. We immediately ran into local openers Morbid Justice. We hung out and talked them for a bit before getting to work on covering the show. 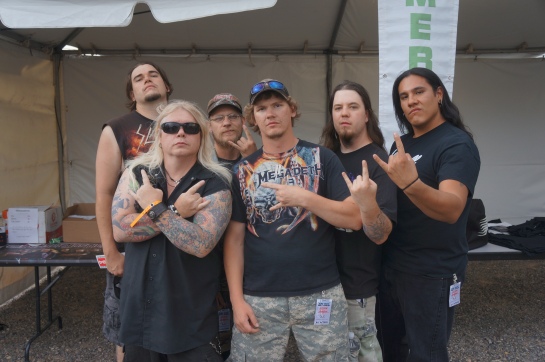 Morbid Justice and the Hellion

Morbid Justice put on a brutal set. With hints of early Pantera, Megadeth, and Metallica they came and they kicked ass. The crowd gave them a mighty reception and the band fed off the audience making their set even better. Great job Morbid Justice!!! 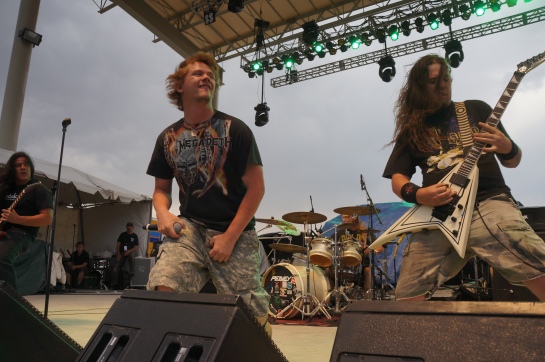 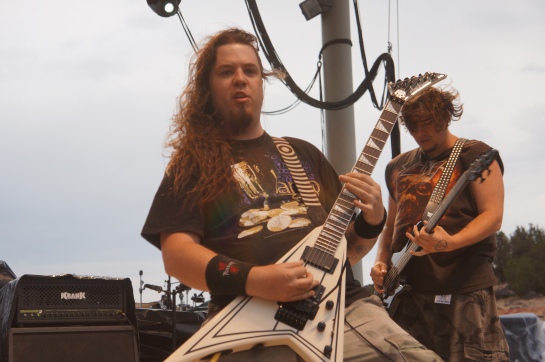 LA Guns hit  the stage running playing a mix of well known classics mixed in with tracks from their new release Hollywood Forever. Phil Lewis had no trouble hitting all of his notes and his voice was spot on. Steve Riley still has the chops behind the kit and Scott Griffin kept the bottom end in check. Newcomer Michael Grant showed some serious talent on the six string. It was great to hear the songs that were part of the heyday of the Sunset Strip! 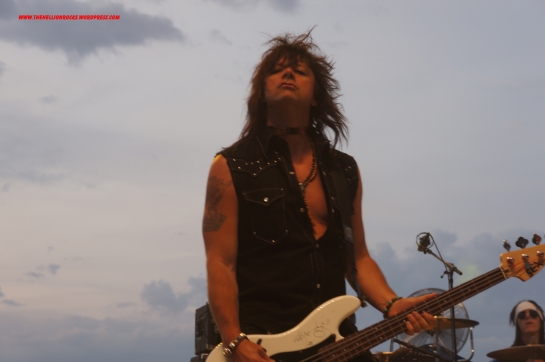 Dokken brought out the hits we all know and love. Coupled with a few new tracks they laid down a solid set giving the fans what they were waiting to hear. Don Dokken was clear and on his game. Mick Brown drums, Sean McNabb on bass, and John Levin on guitar. Great players one and all. Unfortunately we had to cut it short on watching the Dokken set as we had an interview to film with Skid Row. 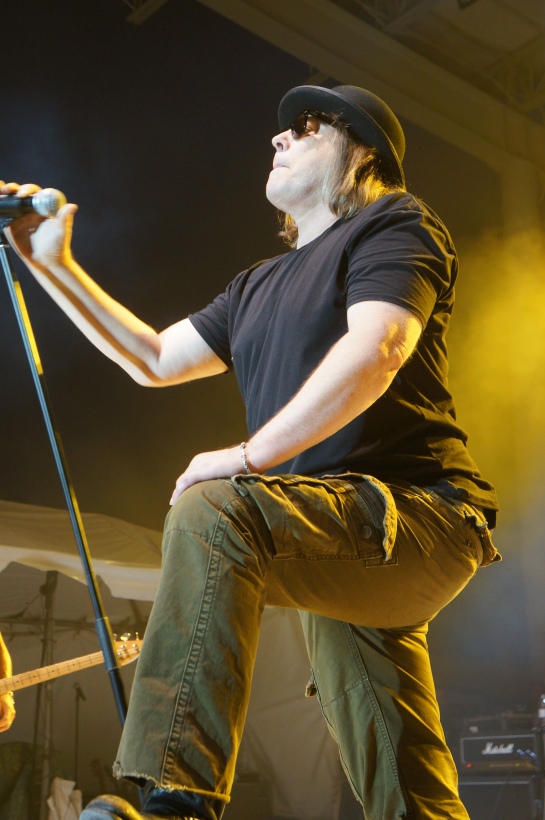 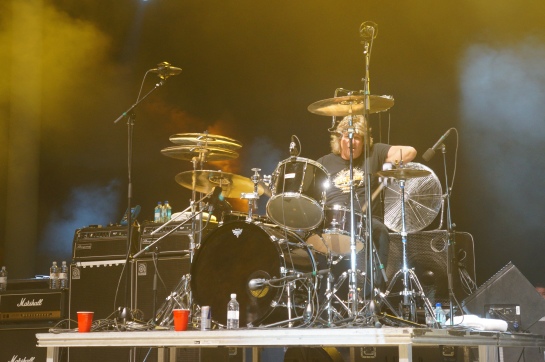 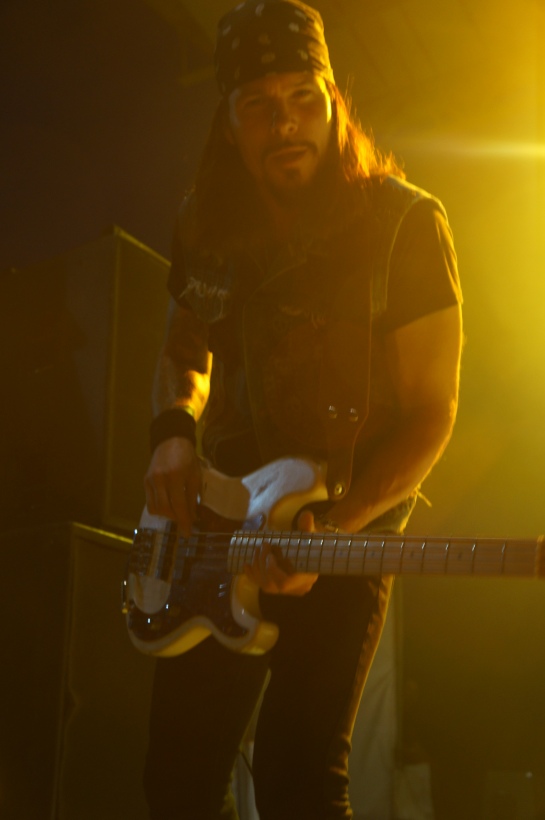 We Set up and did our interview with Dave “The Snake” Sabo amidst the  hustle and bustle and craziness that was the backstage area. We only had a few minutes with Dave so we made the best of it and pounded out a great interview. Check it out right here: 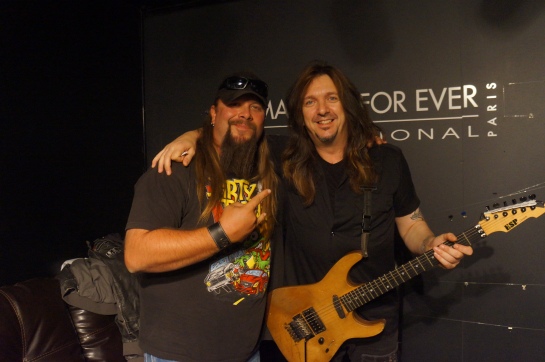 Skid Row owned the show without a doubt. Tight, fun, and full of energy Skid Row was a joy to watch. Johnny Solinger drew the audience in with his magnetic personality. Engaging the crowd and delivering powerful vocals. The twin guitar assault of Dave Sabo and Scotti Hill was amazing to say the least. Rachel Bolan’s bass thundered throughout the nearby hills, he even treated us to vocals on “Psychotherapy”. Rob Hammersmith provided the beat that kept them all in time. They performed the classic songs to perfection and intermingled songs off of their new EP United World Rebellion (which is an amazing piece of work). Skid Row definitely owned the night. 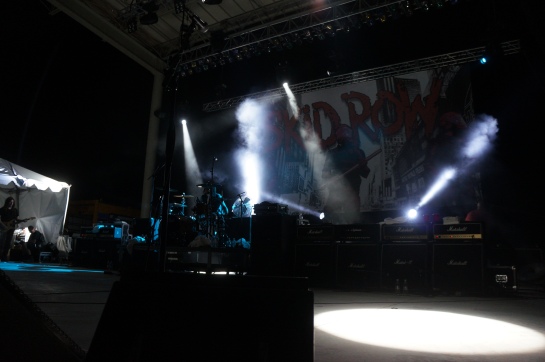 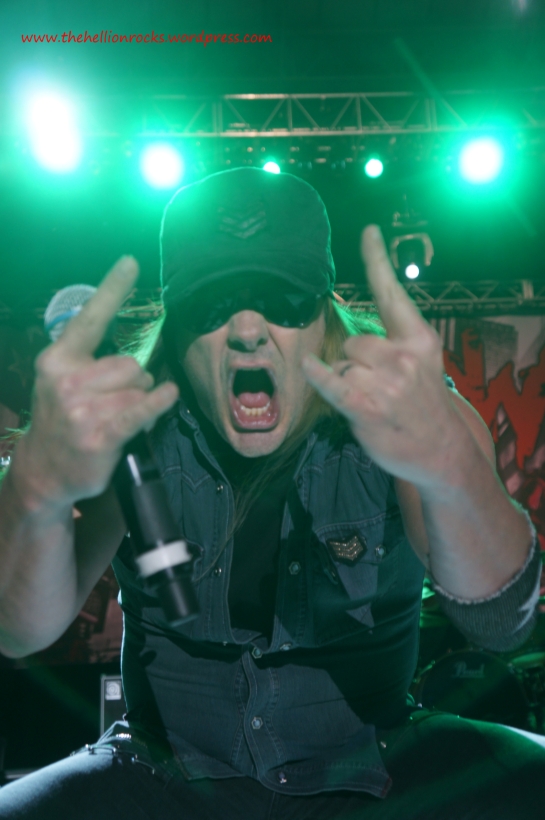 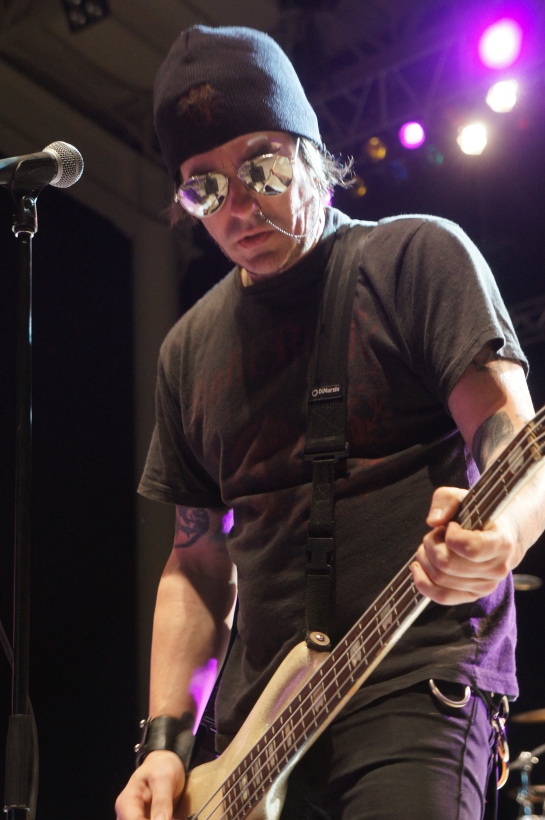 All in all a successful evening of ROCK N’ ROLL!!! Thank you Morbid Justice, LA Guns, Dokken, and Skid Row for the music!!! 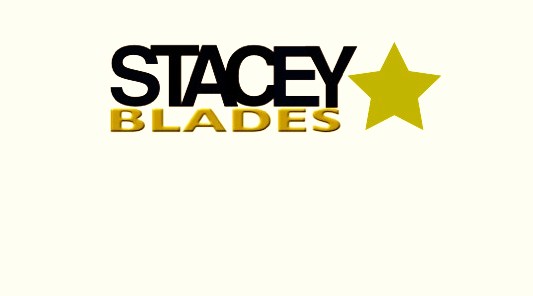 Great interview with the legendary Stacey Blades. We talked about the past, present, and future of Stacey’s endeavors. Very personable guy easy to talk with, and very humble. I was lucky enough to run into him at NAMM 2013. 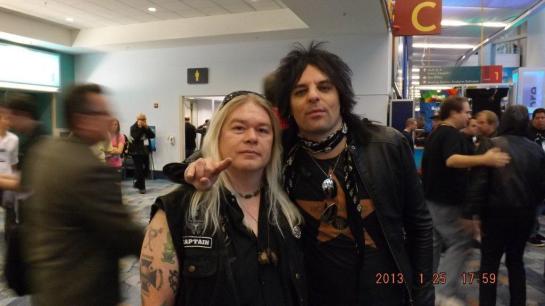 Enjoy this awesome interview and support this hard working rocker! Here is the link to the interview:

We all know the story a band member or members are kicked out/left on their own and now there are two bands claiming rights to the name. Great White, LA Guns, Faster Pussycat, Creedence Clearwater Revival/Revisited, Queensryche, are just a few bands that have run into this situation.

I have a few opinions on this. I feel that if the band has an iconic vocalist who has a distinct voice it becomes hard to carry on as a band when said vocalist is fired or leaves. On the other hand if a guitarist defines the sound of a band people seem to buy into a replacement vocalist.

So what should be done? Should both bands abandon the name? Should they both use the name and tour causing confusion? I know a lot has to do with the business end of things so there’s that. There’s no easy answer to this one.

What are your thoughts on this?