I receive a lot of CDs for review. Sometimes there are those which stand out from others. Our Own Devices is one such CD. While I have been hesitant about putting a genre to bands. sometimes it has to be done. I have had a while to digest this CD and delve into its depths and it falls into the Progressive Metal category. From the opening it grabs a hold of you. The formula that came together to make this CD come to life is nothing short of miraculous. The musicianship and vocal work are world-class and the world should step up and take notice. The CD is full of songs that are uniquely Mindcage and yet familiar to the ears. Just when you are lost within the dystopian  world Mindcage paints with Our Own Devices its over and you find yourself back in your own everyday world reaching for the replay button to hear it all again. Stellar vocals, killer riffs, chest crushing bass and thunderous drums all included.   There is a very cool story being told in this CD and I challenge you all to find it and come back here and post about your thoughts and musings.  Here is the track listing:

9.    The Serenity Sequence (Renaissance Pt. I)

I have been trying to pick some standout tracks and there are only two that I can put above any of the others. “The Human Race” and “Firefly” love ’em both and I think you will as well. Kudos to Mindcage for an OUTSTANDING piece of work.

Be sure to check Mindcage out online at: http://www.mindcagemusic.com and https://www.facebook.com/mindcageband and if that isn’t enough check out the video for “The Human Race” :

Special shout outs to Kinematic Music for getting behind a band like Mindcage and to Michael Wagener for incredible mixing and production.

“Our Own Devices from Mindcage will leave you breathless and wanting more.” – the Hellion

OUR OWN DEVICES DROPS TUESDAY

The official video for “The Human Race” from Florida-based progressive metallers Mindcage is now online athttp://youtu.be/uczkeEevnGc  The full album, OUR OWN DEVICES, drops Tuesday, September 17.

A dark and powerful short movie, the video introduces the character of Arabella Vash, a young woman who exists in a utilitarian clockwork society.  She is becoming empowered by visions and dreams, and about to start her journey to find the band of rebels, The One Constant (portrayed by the band), that she will lead.  “The Human Race” is her awakening, and call to power.

In search of an appropriate post apocalyptic steam punk setting for their video, Mindcage chose to film in the historical district of their hometown of Pensacola FL. With the vision, creativity and costuming skills of Airship Isabella [http://airshipisabella.com/], an authentic and innovative steam-punk troupe from New Orleans, Mindcage was able to convey their vision of The One Constant and the dystopian world in which they live.

Jason Thomsen directed and edited “The Human Race.”   He recently served as assistant director on “Girl from Iceland” (a Kinematic Entertainment Production).  The track features vocals by Hydrogyn’s Julie Westlake.

OUR OWN DEVICES is mixed by rock legend Michael Wagener (Ozzy Osbourne, Metallica, Alice Cooper, Megadeth, Dokken, and Overkill).  The core members of Mindcage – Dietrick Hardwick (writer, guitarist), Brian Howell (bass) and Craig Nudo (drums) – have been connected personally and through music for almost thirty years.  Jeff Hignite, a recent but important addition, brought not only lyrical contribution but also his powerhouse vocals.

9.    The Serenity Sequence (Renaissance Pt. I)

Our Own Devices is quite impressive: between the idea, lyrics, vocal arrangements, brisk guitar, and accomplished arrangements, it easily stands in the fine tradition of conceptual progressive metal albums like Queensryche’s Operation Mindcrime. Very recommended.Mindcage

OUR OWN DEVICES will be available on the band’s website www.mindcagemusic.com,

I have had the chance to listen to this CD and it is GREAT! Review coming soon!

Commented guitarist, Anders Nyström, “Back in the U.S.A…That’s right Springsteen! We’re looking at round #2 as special guests to our brothers in Opeth on their last North American leg of the Heritage World Tour. This time we’ll mainly cover off-territories, so regardless if you caught or missed us last time, consider this a second chance to attend the dead ends of North America with one of the best bills there’ll ever be!”

The tour will make two special stops, the first in Worcester, Mass. on April 20 where the band returns to play the New England Metal & Hardcore Festival, then in Clifton Park, N.Y. on April 28 where acclaimed Porcupine Tree front-man Steven Wilson will join for the night. A full list of confirmed dates can be seen below.

The record debuted at #4 on the Billboard Heatseekers chart, #138 on the Billboard Top 200 and #10 on Hard Rock, topping Night is the New Day first week sales in the U.S. and making it Katatonia’s most successful U.S. debut in its 20-year career.

I was seven years old when I first heard “Starship Trooper”. I was enraptured by it, it took me away to the stars and beyond. My mom turned me on to Yes and I was hooked. I have remained a fan throughout the years.

Formed in 1968, by Chris Squire, Yes has been cutting edge ever since. They have risen from obscurity, to the heights of success. There have been many different lineups throughout the years with some outstanding musicians.

During the 80’s they had hits from the lineup of: Jon Anderson – (vocals), Tony Kaye – (Keyboards), Trevor Rabin – (Guitars, vocals, additional keyboards), Chris Squire – (Bass, vocals), Alan White – (Drums, percussion, backing vocals). This lineup gave us hits like: “Owner of a Lonely Heart”, “It Can Happen”, “Leave It”, and “Changes” 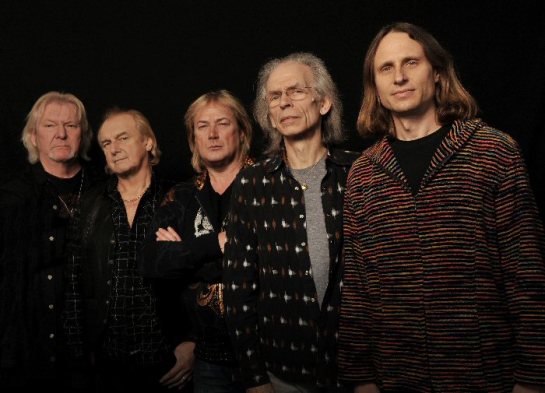 From 1 March to 12 April 2013, Yes will embark on their Spring 2013 North American tour. The band will play three albums a night for the first time in their entirety: The Yes Album, Close to the Edge and Going for the One. During the Spring 2013 North American tour, Yes will lead a progressive-rock themed cruise titled Cruise to the Edge from 25 to 30 March 2013. Yes will also be going into the studio in the fall 2013 to record a new album, their 21st studio album and the first with Jon Davison.

The progressive rock music of Yes deserves a listen. 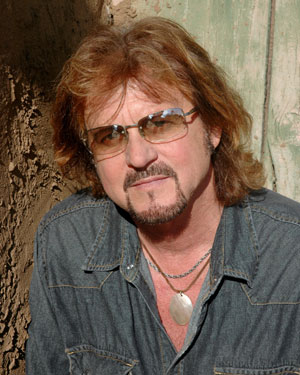 LONDON – Porcupine Tree has launched a contest to celebrate the release of its latest live album Octane Twisted and Record Store Day 2012 – a recognition of the unique culture surrounding over 700 independently owned record stores in the USA, and hundreds of similar stores internationally. Fans can enter online at: http://recordstoreday.com/Contest/1085 for a chance to win an EBS OctoBass pedal autographed by Porcupine Tree bassist Colin Edwin, as well as a Porcupine Tree t-shirt.

A live rendition of side one of The Incident, the band’s 10th studio album, recorded in Chicago, plus a second disc of select Porcupine Tree tracks recorded in Chicago and London, Octane Twisted can be purchased now at your favorite local record store.

A streaming track, “Dislocated Day,” as well as a slew of other Octane Twisted media, can be accessed on the album’s mini-site at: http://www.kscopemusic.com/porcupinetree/octanetwisted/.

An additional contest with Modern Drummer, which launched earlier this month, can still be entered online at: http://www.moderndrummer.com/?p=25443&shareadraft=baba25443_50bf64099db54 for a chance to win some of Porcupine Tree drummer Gavin Harrison’s favorite gear from the likes of Zildjian, Remo, Sonor, Vic Firth and Hardcase.

1. Occam’s Razor
2. The Blind House
3. Great Expectations
4. Kneel and Disconnect
5. Drawing the Line
6. The Incident
7. Your Unpleasant Family
8. The Yellow Windows of the Evening Train
9. Time Flies
10. Degree Zero of Liberty
11. Octane Twisted
12. The Seance
13. Circle of Manias
14. I Drive the Hearse

“a worthy document that will thrill fans and likely win new ones among those fortunate enough to hear it. Recommended.” – Yahoo! Music

“Octane Twisted fully justifies and exemplifies why Porcupine Tree has been a favorite band for many genre enthusiasts (including myself) for over two decades.” – PopMatters.com

“Beautifully recorded, Octane Twisted offers live proof that The Incident stands as one of rock’s most ambitious concept works.” – All Music

Stay tuned for more information on Porcupine Tree and Octane Twisted, out now on Kscope.