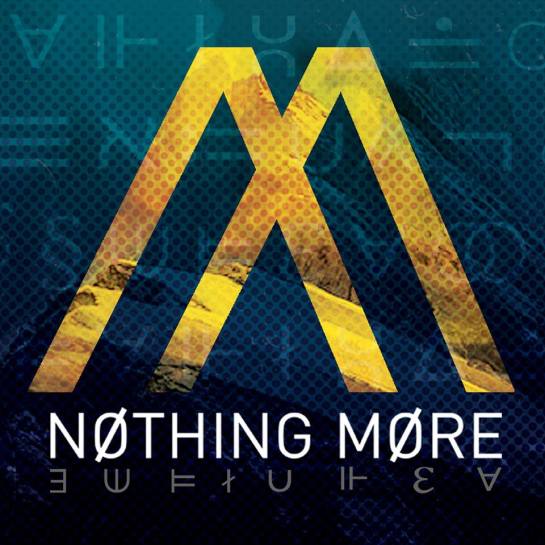 Albuquerque was fortunate to have Nothing More hit the town. Mike Araiza and the Hellion himself were out in full force covering the show. We managed to get an interview with bassist Daniel Oliver and got some killer shots of the band enjoy! 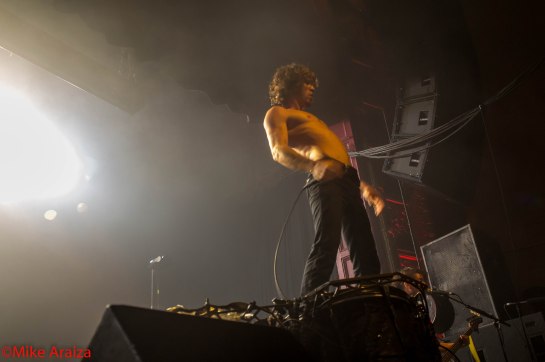 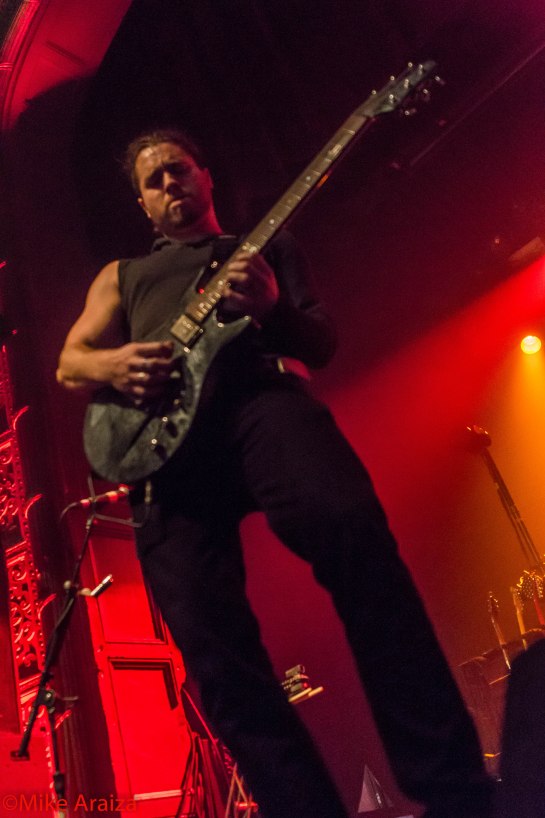 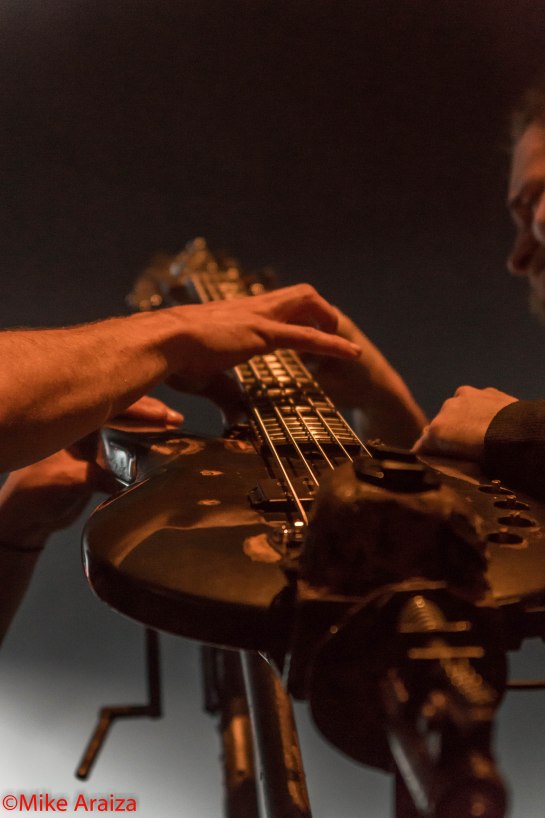 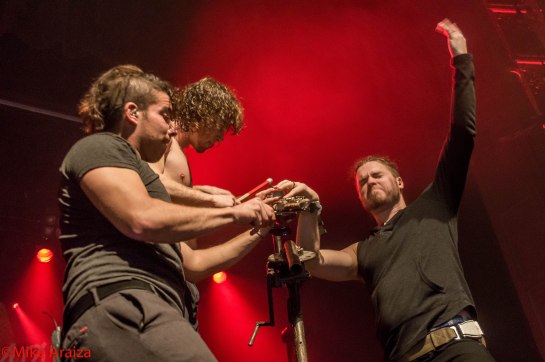 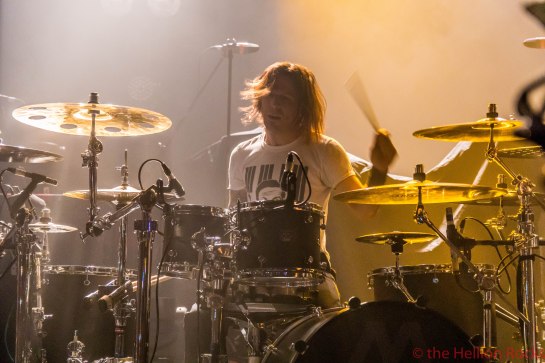 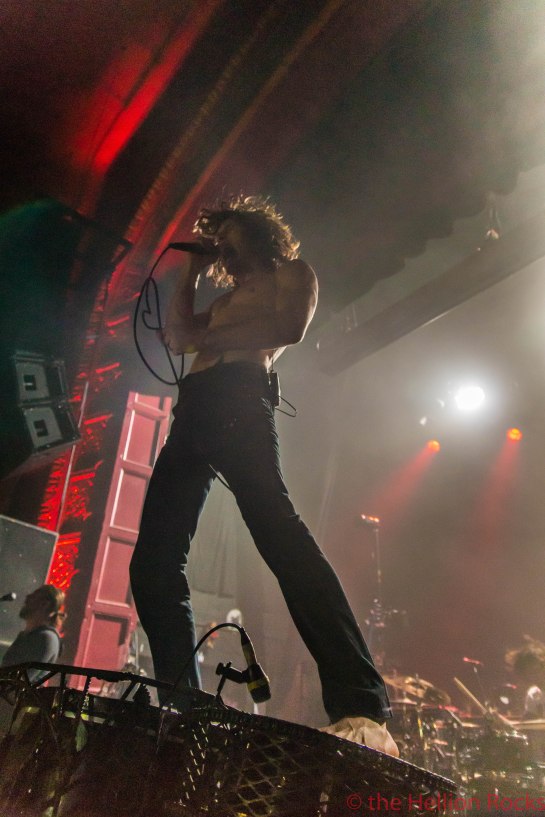 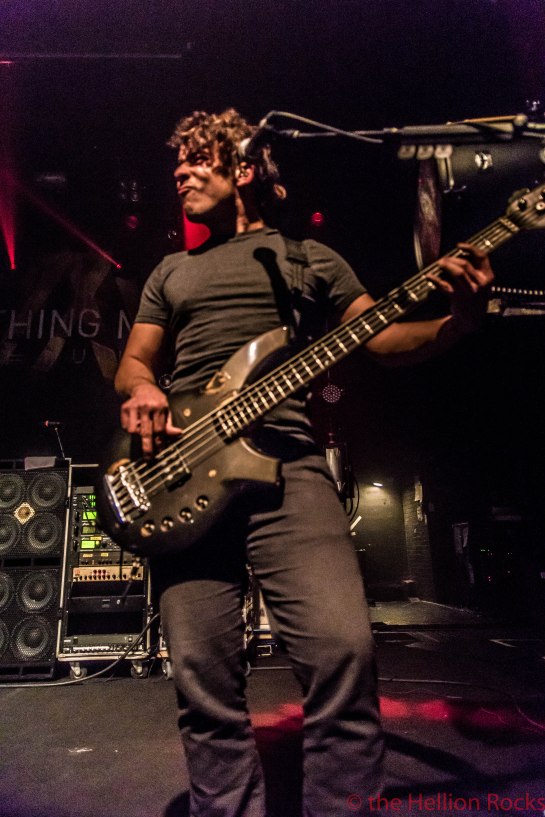 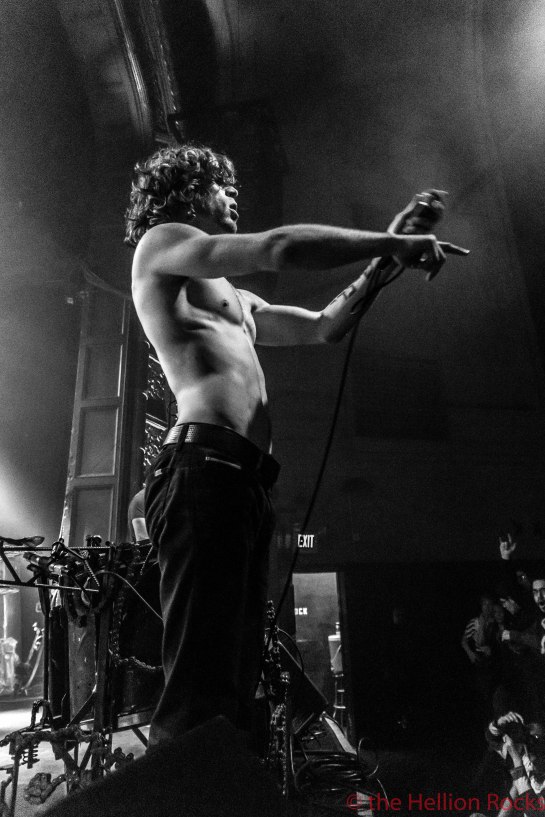 Nothing More shows us that a great Rock N’ Roll show still exists. Don;t miss out! Check them out online at:

Pop Evil rolled into Albuquerque, NM this Monday and kicked some serious ass. It had been a bit since I had last seen them so it was an event I was looking forward to. It was even better because this go around I was going to get to shoot their set AND get to interview bassist Matt DiRito. When I found out about scoring the interview I remembered my very good friend guitarist Mike Araiza (Of The Earth, Frank Hannon Band, the Jeff Sandoval and Mike Araiza Project) telling me about getting to hang with them the last time they were in NM. I called him up and asked him to co-host the interview with me.

We met Matt at the tour bus and it was good to see Matt and Mike great each other like old friends. It was then down into the basement of the iconic Sunshine Theater to have our candid conversation with Matt. After some “mood lighting” adjustments we got around to our raw, unedited, casual conversation with Matt which you can check out right here:

Very cool, very relaxed, friends and musicians talking amongst themselves. After a few more minutes of friendly talk we snapped a few pics and walked Matt back out to the tour bus and said our “see you laters”.

Matt DiRito and the Hellion 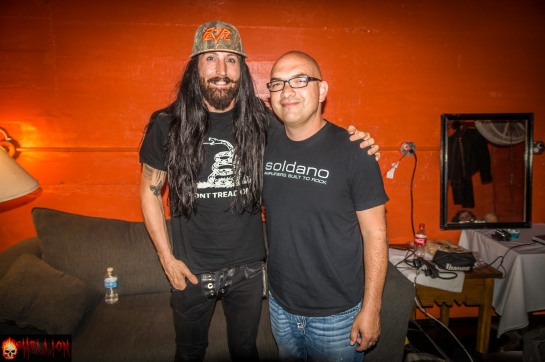 After the interview Mike and I went for a quick bite and some stimulating conversation. A brief walk back to the venue and the Rock N’ Roll merriment was on. We enjoyed sets from Glamour Of The Kill, Avatar, and Escape The Fate. The evening, however, was owned by Pop Evil. From the minute they took the stage to the minute they walked off of it it was a 100 miles per hour adrenaline rush. A blistering set of songs from a set designed to give the fans a maximum Pop Evil experience filled our ears. Here is the setlist: Pop Evil is a band on the move, in all of the right ways. They present an image, a sound that pays homage to their influences and yet remains original, they deliver a live show worthy of seeing. If Pop Evil roll into a venue near you make sure you go and see them.  Thanks guys! 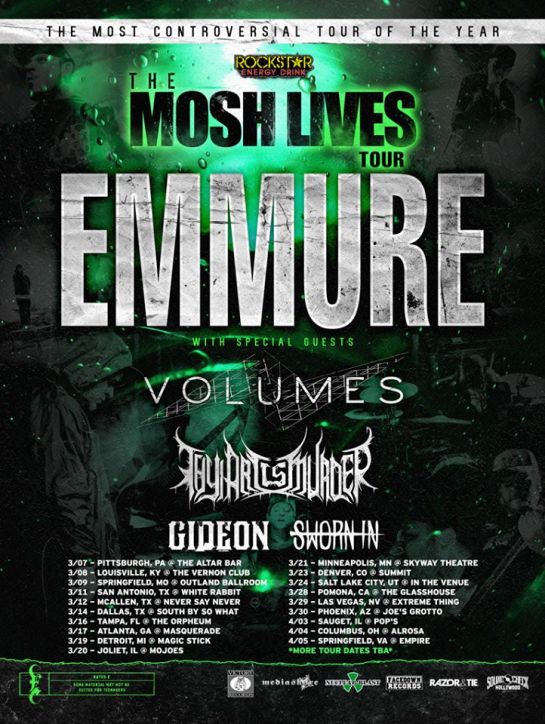 The people at Victory Records have been good to the Hellion Rocks. They recently put me in touch with Mike and Jesse the guitarists for EMMURE. We had a chance to hang out a bit before their set and we even managed an on camera interview. Thanks to my man Stevo Richardson for filling in on the camera (catch his cameo in the mirror).

Here is the interview for your perusal:

In April of 1998 I was given a copy of the debut record from Soulfly. I had been a fan of Sepultura since Morbid Visions came out in 1986 and was excited to hear this new project from Max Cavalera. Soulfly has since become a favorite band of mine and each release fills me with excitement. Over the years Soulfly has given us 9 records throughout the years. The latest being Savages which was released on September 30th of this year. 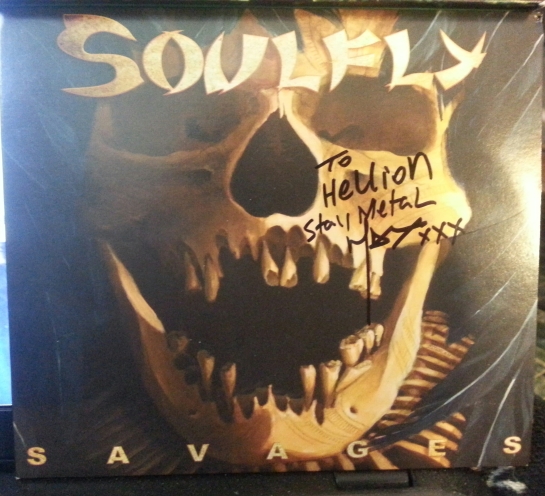 Over the years of being a fan of Soulfly I have never had the opportunity to see them live. One circumstance after another has prevented that from happening. That changed on November 1st. Not only was I going to be able to see Soulfly live, I was going to get to interview Max Cavalera and shoot their show.

Max and I on his tour bus.

Max was inviting and wonderful to talk to. I felt as if I had known him for years, we had a relaxed conversation as if we were catching up with each other. Here is the interview:

The Sunshine theater was abundant with fans in Soulfly shirts and they were electric with anticipation of the performance. When Max Cavalera (vocals/guitar), Tony Campos (bass/vocals), Marc Risso (guitars), and Zyon Cavalera (drums) took the stage the crowd was primed and ready. Their live performance was everything I expected and more, this lineup of Soulfly played every song as they should be played, loud, aggressive, and with a spontaneity that makes me appreciate live performances. 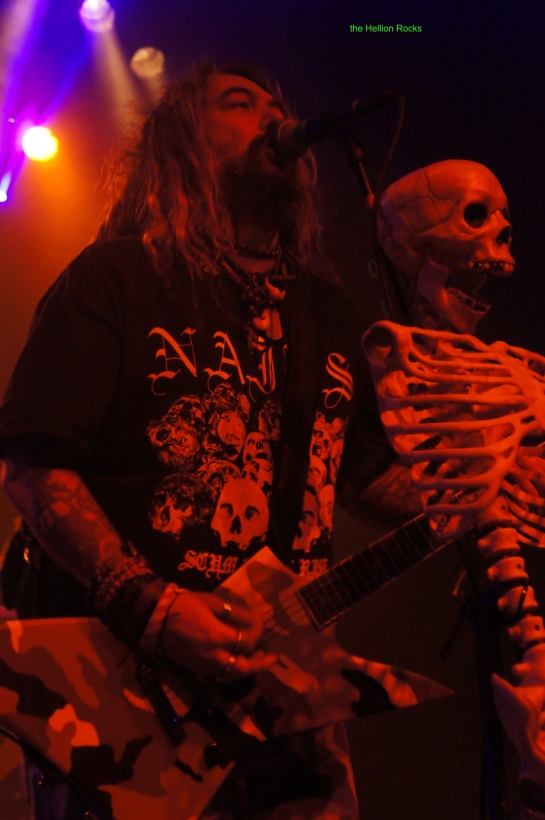 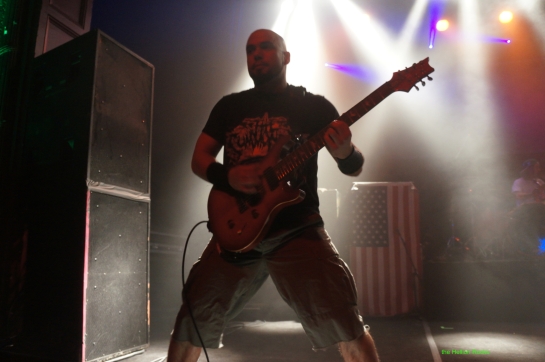 The crowd participated with great fervor as each song was played. Mosh pits, fists raised, horns high, and heads banging with delight. At times it seemed that everyone in the crowd was singing along with Max as he sang the songs we all know and love.  The crowd went completely berserk when the band played “Roots Bloody Roots”. As the last notes of the music faded in our ears, hands were shook, goodbyes were said and Soulfly left to bring their awesomeness to another town. Thank you Max, Zyon, Tony, and Marc for a kick ass evening of Rock N’ Roll! I have to thank Charles Elliott from Nuclear Blast Records, Publicity/Radio and Video Promotions for making this happen. 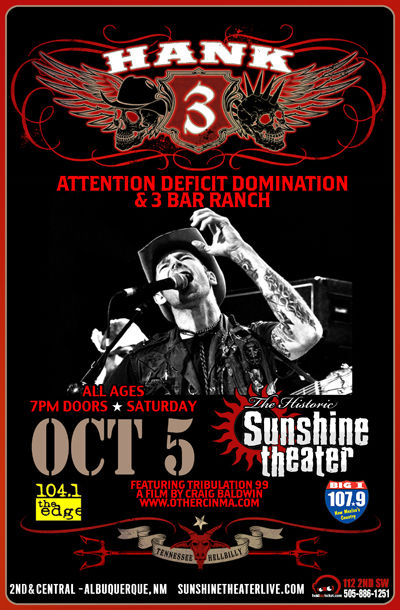 There was a very diverse crowd outside of the Sunshine Theater Saturday night. Old, young, metal heads, country folk, all there to see Hank 3. I struck up a conversation with some very cool Native American youths in the crowd. They were decked out in Hank 3 gear and excited for the show. One guy said they anxiously peruse his website waiting for tour dates every year. Devoted and supportive fans indeed. I mentioned to them that I had had a very cool interview with Hank 3 the previous week:  handed them my card and they said they would check it out. We finally got in the venue and people mobbed the merch booth eagerly grabbing some of Hank 3’s kick ass gear. The die hards then packed themselves in against the barricade and waited in anticipation for the man himself to take the stage. We were in for a three hour set from Hank 3, and we were ready. 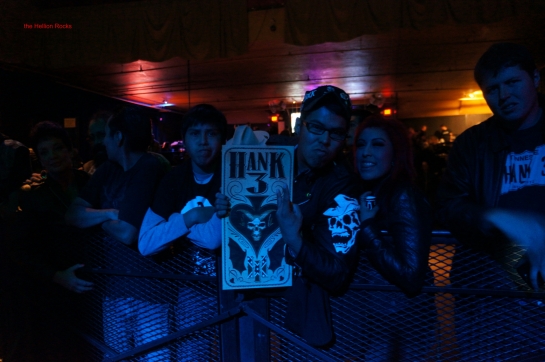 Hank 3 had told me during the interview that when the show says it starts at 8:00 pm, it starts at 8:00 pm and he was true to his word. The band hit the stage running and began their country set in earnest. Cranking out the old songs with the new and the fans singing along it was a truly enjoyable set. 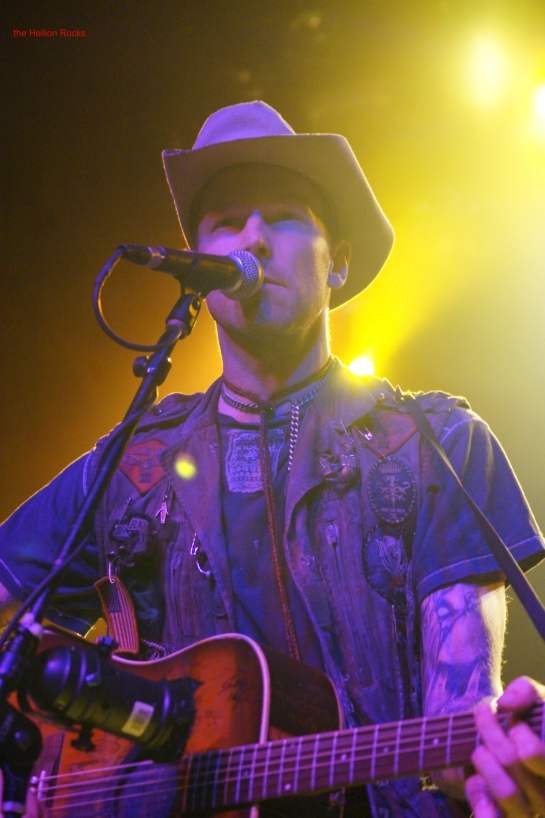 Set two began with the members of the country line up leaving the stage (with the exception of stand up bassist Zach Shedd) and Hank 3 doing a minor clothing change. The two of them (plus a drummer whose name I did not catch) ripped into some “Hellbilly” music that, unless you were dead, had your head nodding and your feet tapping. A little bit of Rockabilly, a little bit of punk, this set was fast and furious and fun.

Hank 3’s final set of the evening yet again brought a quick clothing change and Zach leaving Hank 3 solo onstage. The lights went down and clips from Tribulation 99 a film by Craig Baldwin played on the screen above the stage. There was a greenish tint to the lighting and a pickup level light on the microphone stand. This led into the Third and final “Stoner/Doom” set. Heavy distortion on the guitar and vocals combined with the lighting and film backdrop made it a trippy and out of this world experience. 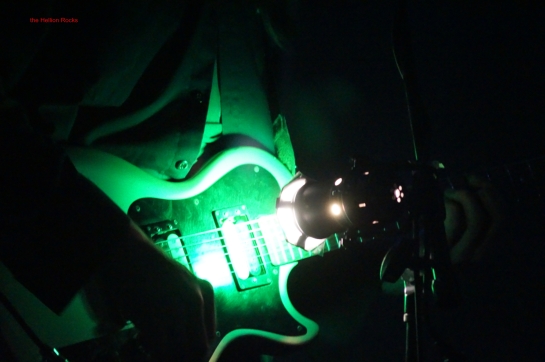 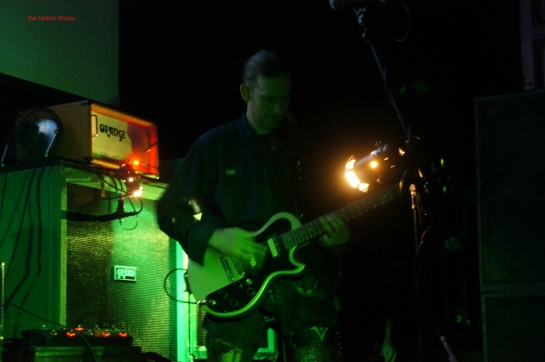 Going to a Hank 3 show is like going to three concerts in one. You leave a Hank 3 show tired but satisfied. I took this last shot in order for you to understand something about Hank 3. Those are the boots of a working man. And that is what Hank 3 is, what other performer do you know who performs a three hour set?  Thank you Hank 3, from the bottom of our twisted hearts.