There are so many polls, questions, battles, etc., etc., on who’s the best guitarist. I feel that this is a question that can never be truly asked or answered. In my opinion each and every guitarist that I listen to is distinctly different. I often wonder what Jimmy Page, Jimi Hendrix, Zakk Wylde, Tony Iommi, Dimebag, Randy Rhoads, and many more, would think (or would have thought) of all of these comparisons. For me, there is such joy in the diversity of styles in rock n’ roll. If everyone tried to sound like each other what would be the point? I say enjoy the bad ass guitarists that are out there and do yourself a favor and seek out the new crop of players that are trying their hardest to be heard. I just had to put this out there after seeing all of the recent polls and battles out there. Now, let’s talk about some  axe slingers you should be listening to. 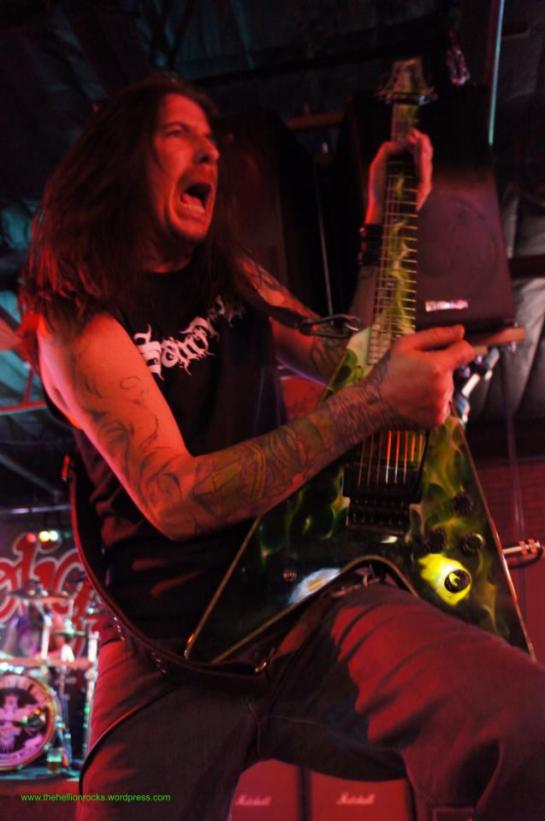 Justin is the guitarist for the band Crowned By Fire. Incredible riffs, blinding speed, and a certain uniqueness in style make Justin a player to watch. check Justin and Crowned By Fire in the video for “Witch In The Window” :

Redd is the lead guitarist for Scattered Hamlet. Redd plays with an old soul. He makes you feel the music that he plays, his passion fills your ears with sonic joy. I feel the guitar heroes who have passed on are smiling down on Redd. Here is the live version of “Skeleton Dixie”:

Craw is the guitarist for All Hail The Yeti. Craw is another one of those guitarists that when they play it gets right into your soul. All Hail The Yeti’s self titled release  was my top CD for 2012. This is a band on the move and Craw is a player headed for legendary status. Check out Craw’s playing in “The Art Of Mourning” :

These are but three of my favorite guitarists that I feel should be getting more attention in the world. If you have any by all means bring to my attention! You can reach me at janaya64@msn.com or on facebook at: https://www.facebook.com/theHellionRocks