So I broke out News Of The World today and was captured by the licks in “Get Down Make Love”. This song came out in 1977 and the guitar in it translates directly to 2015. As a whole the track kills all around. Heavy drums, brutal bass, nicely done keys, and of course, Freddie’s magical voice. Brian May handles the guitars like the wizard we know him to be. There is a part in the middle where it gets kind of spacey sounding but Brian does it all with his  Red Special and an Electroharmonix Frequency Analyzer pedal, which he would often do live. The studio cut featured an Eventide Harmoniser. Do yourself a favor and put the good headphones on and give this track a revisit, or a first visit and expand your mind. Brian May’s tone and licks get me every time I listen to this track.

Check it out right here:

There are songs that you have heard a million times and you can’t take them anymore (Post about those songs another time), and those that remain eternally epic. This is my list of those songs I consider most epic.

These are the ten top songs which I could listen to over and over without them wearing out on me. I guess of I were to make a Hellion Rocks greatest hits CD these would be the ten songs that would make the cut for me. Why these ten songs? They each represent to me musical craft at its best. I can listen to these and be carried away on musical adventures in faraway lands. I encourage your feedback and responses with your own definitive top ten list. 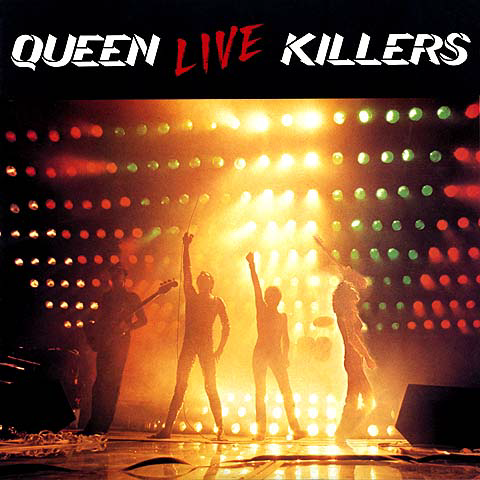 Queen was a band that was always on the cutting edge. I fell in love with their music when I first heard “Now I’m Here” from 1974’s Sheer Heart Attack, I was 10 years old and hooked. I followed and enjoyed their music from then on. 1979 brought the fans a live album that with a good pair of headphones and the proper “mood enhancement”  made you feel like you were at an actual live Queen show.  The talent and showmanship put forth on this record is nothing short of stellar. The combination and chemistry between Freddie Mercury, Brian May, Roger Taylor, and John Deacon gave us some of the most iconic music ever made.

These are the tracks that make up this jewel of an album. This is an album I will always cherish. If, after all of these years, you are new to Queen this is the album for you to get your feet wet. Check out the live version of  “Don’t Stop Me Know” and feel the power of Queen.

We lost Freddie Mercury in 1991 and the world got a little dimmer and sadder. You will always live on in my heart and ears Freddie, thank you for all you have given us.

How many times have you heard “This band sold out” or “That band went mainstream”? I have heard this about several bands throughout the years. Let;s take a look at several bands that have “changed direction” , or have stayed the same and if that has worked for them.

Queen remains one of my favorite bands of all times. The band was constantly evolving and changing throughout their career. They explored many styles of music during their recording career. They were never afraid to branch out and explore their creativity. Here are two songs that show their diversity. The world lost a beautiful soul when Freddie Mercury passed away in 1991, we will forever miss and love you Freddie, thank you for your music. Queen pulled off, to great success, changing directions. 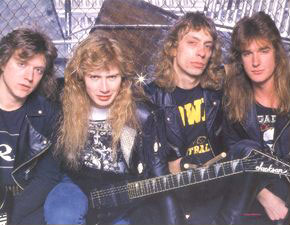 Megadeth is a band who has stayed true to their original vision. Their style of speed/thrash metal has pretty much been a constant throughout their career. While some will say it has hurt their career, their fans remain loyal, and their record sales constant. I say cheers to Dave and crew (though they have changed over the years) keep it going! Staying true to their direction has worked for Megadeth. 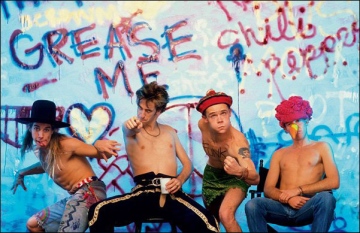 This band has always been in a special place in my heart. Never afraid to be who they are, always giving their all to their fans. Their members and styles have changed throughout the years but they have always managed to pull it off. Playing what they want to and disregarding the critics their music reflects the colorful personalities that infuse this band. Many people have tried to pigeonhole this band to a certain genre, to no avail. I call them a Rock N’ Roll band PERIOD. Thank you RHCP, you have given my soul much joy. Keep growing and evolving and stay true to your passions.

Ahhh Metallica, the source of great contention amongst metal heads. Some say they sold out with the “Black” album, some say they didn’t. I think they have made some questionable choices in the past years, but they remain strong as one of the driving forces in metal music. As part of being human we are constantly changing and growing (well, some of us do) as the events surrounding us dictate. The guys in Metallica are not immune. Growing older, gaining families, becoming financially stable HAS to affect them, and their music. I, for one, appreciate that fact and despite their making some music that does not always appeal to me I stand by this band and remain a fan. R.I.P. Cliff Burton, miss you!

“All Nightmare Long” from Death Magnetic – 2008 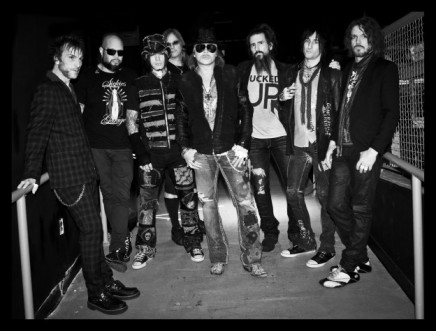 GNR WHAT HAPPENED?!?!?!? They were poised to take over the world and instead they burned it down. The energy of the the five original members was the perfect combination. Then the backup singers, the keyboard players, the horn section, etc… etc… sigh. I know this band has been the topic of great controversy, and probably will remain so for a long, long time. I will always remain in love with early GNR and the music they made and I am grateful for that, post original five, not so much. I personally believe the direction that the band took killed them (this is my humble opinion). Oh well we have our memories…. if we could only find our way back to the jungle.

“Welcome To The Jungle” from Appetite For Destruction – 1987

Ahhh BLS, now here’s a band that I totally get. Members have come and gone and yet this band gets stronger and stronger. Great music year after year, record after record and a loyal fan base that unifies together as one big BLS family. Zakk Wylde never shies away from playing whatever he wants, piano based ballads, acoustic songs, full out electric, it matters not to Zakk. With BLS it never grows stagnant and you will never be bored! GI/FD!!!

These are just my opinions on bands that have (or have not) changed direction, please feel free to comment or message me with your ideas or thoughts and I will post them here.