*VIP Packages are subject to availability.  May not be available on all tour dates.

John Lennon will always be a part of my life. As a small child I  loved his music, as a young man I learned to appreciate his style of writing, as an adult I learned to appreciate the man and his craft. Thank you John for sharing with us and giving up so much for the world. I will do my best to keep your music in the ears of those I can reach. 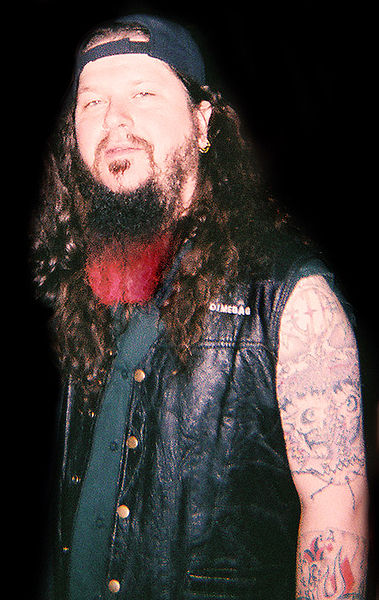 Dime gave me new hope in Rock N’ Roll. He cam and kicked our asses and made us feel good about it. The people who were fortunate to be close to him spoke of his kindness and willingness to give. His guitar playing was innovative and carried on (and, dare I say, improved  upon somewhat) the legacy of his mentors before him. His life was short but impacted the music world and he was taken from us doing what he loved. I will always miss you Dime.

We remember John, Dime, and all of the fallen people who have given up their lives doing what they love or in protecting others. We humbly thank, and respect you all.

Legendary Pantera, Superjoint Ritual and DOWN vocalist PHILIP ANSELMO and Housecore Records thrashers WARBEASTrecently announced that they will be releasing a new split album entitled War of the Gargantuas. The split now has an official release date of January 8, 2012 and will include two songs from each artist. This album serves as the first release of any solo work by PHILIP ANSELMO during the span of his nearly 30-year legacy. Also, the two WARBEAST tracks on the split feature former bassist Alan Bovee before his amicable departure from the band. Since then, Dre Karst has joined on bass.

“This split is a glimpse into the future of both my solo project and ultimate thrash metallers WARBEAST. The title of the split is War of The Gargantuas and it is fitting on many levels because of our combined love for the 60’s Japanese film of the same name, the power of our combined musical output(s) and our humorous affection that plays out within each of our “Gargantuan” personalities,” states PHILIP ANSELMO. “Both WARBEAST and myself have full length LP’s that will be released shortly after this is released, but this split is unique musically. It is a time capsule; a loud pause ‘til we both release our full length products. Enjoy the destruction of music!”

“These two songs we have on War of the Gargantuas were the next level after Krush The Enemy,” states WARBEAST guitarist Scott Shelby. “They’ve been a staple in our set list for the last two years. These songs are a pure demonstration of our unique Texas thrash metal style.”

WARBEAST also recently announced the upcoming release of their second full-length album, Destroy. The album is scheduled to be released in early 2013 via Housecore Records and is currently in the mastering stages. Stay tuned for more information on Destroy coming very soon.

War of the Gargantua LINE UP:

PHILIP H. ANSELMO & THE ILLEGALS are:

WARBEAST is currently annihilating some European tour dates with DOWN. See below for all current tour dates.